Paul Gould, former Group Executive Head Chef for the National Exhibition Centre, International Convention Centre LG/cite> arena and the National Indoor arena, has collected a plethora of culinary accolades of both national and international merit. Part of the Senior management team responsible for a £30 million business which included 42 restaurants and 130 outlets across 4 sites. For over eight years Paul was an active member of the NEC catering board.

Paul is the only celebrity Chef in the United Kingdom to have won all of the following; World Culinary Olympics Gold Medal, The Craft Guild of Chef's "Banqueting Chef of the Year" Award, The Grand Prix D'Honneur and The Arthur Hope Trophy at the British Cookery Open Championships. He is highly respected throughout the industry for his teamwork and leadership skills, his unrivalled passion for innovation and his professional attitude that inspires others to raise their game and achieve higher.

Paul was responsible for a team of over 100 chefs throughout the Group, and through his guidance, leadership and motivation led them to maximise success and win over 600 awards, he developed an apprentice scheme training hundreds of chefs, some of which now hold Executive positions around the world.

Having vast experience in presenting to many different levels of personnel, from high end corporate clients and large sporting organisations. Paul is a most competent teamwork speaker and brings a vibrant energy when presenting at catering exhibitions and events. He was instrumental in placing food at the NEC Groups offer. This enabled the NEC Group to attract major National and International events such as Rotary International the worlds largest conference, world famous shows such as Crufts, The Scottish Open, and the largest printing show in Europe IPEX.

Paul's culinary vision enabled the catering department to win a major contracts and to deliver a substantial food requirement for the London 2012 Olympic games, boosting his status further as a celebrity chef. In May this year Paul was awarded the OBE for recognition for his outstanding contribution to the catering Industry, training, and public life. A business speaker who came from a humble background who can relate to all levels of the workforce, whether it be on the shop floor or management. Paul has achieved more than most in the catering Industry than most.

Contact the Champions Speakers agency to book Paul Gould for your event today. Simply call a booking agent on 0207 1010 553 or email us at agent@championsukplc.com for a free quote. 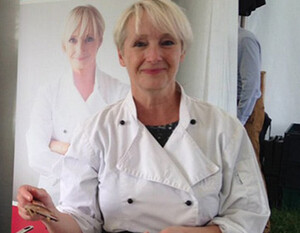