Ollie Locke first appeared on television screens as a rising star on Made in Chelsea, E4’s hit reality TV show, based on the flamboyant lives of London’s Social Elite. By showcasing his personality and charisma, ease and likability on camera, Ollie became one of Made in Chelsea’s most recognisable names and returned to our screens in Series 10. As an event host, Ollie's immense popularity makes him a hit with audiences who are eager to meet their reality TV idols.

Having had huge success with his debut autobiography, Laid in Chelsea: My Life Uncovered, offering an insight into the life and thoughts of the modern man, Ollie’s debut as an author ranked him in the top three of the Sunday Times Current Bestsellers. Ollie has also written for The Huffington Post where he updated his readers on his London Lifestyle, male grooming tips and his dating anecdotes. This versatile after-dinner speaker expands upon the topics explored in his writing, providing his audience with a backstage pass to reality television.

A regular on our screens, Ollie has also appeared on shows such as Celebrity Juice and Fake Reaction both for ITV2, Fifteen to One for Channel 4 and has become one of the faces of Channel 4’s Stand Up to Cancer. He most recently took part in the celebrity version of The Island with Bear Grylls. In 2018, he hit the big screen, performing alongside Hollywood royalty in Greed, directed by Michael Winterbottom. Ollie was a smash hit on Channel 5’s biggest series to date of Celebrity Big Brother in 2014.

Ollie has presented at events such as Clothes Show Live and was involved in Look Fantastic's recent beauty campaign. From retail and fashion to finance and reality television, Ollie's range of speaking topics makes him ideal for a wide array of events. Alongside the dating app Bumble, Ollie founded, developed and released Chappy, an app for the LGBT+ community to find love. A reflection of his business savvy mindset, the app ensures safety and confidence in its users. 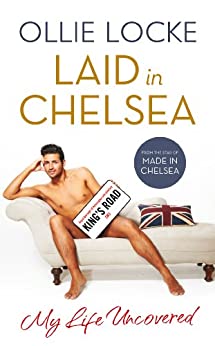 Laid In Chelsea: My Life Uncovered

How to hire Ollie Locke

Contact the Champions Speakers agency to provisionally enquire about Ollie Locke for your event today. Simply call a booking agent on 0207 1010 553 or email us at [email protected] for more information.

"The speech was much more than ok. I loved it! Ollie was terrific and did an amazing job on stage. People loved his speech and attendance and I keep receiving very positive feedback. Everyone enjoyed him staying after his speech, hanging out with us for a few drinks. Very well done! Was definitely not the last time I’ll work with him." - Private Event