Derrick Evans, commonly known as GMTV's Mr Motivator, is a world renown fitness, wellbeing and lifestyle coach. A natural born performer, he is best known for his colourful spandex and bubbly personality, which shone through in his performances on British television. Mr Motivator epitomised the fitness and workout videos of the 90s, encouraging British people to value their health while being thoroughly entertaining. His work continued and in 2020 he was awarded an MBE for his services to health and fitness. As a booking opportunity, he is the ideal act for both in person and online seminars, able to motivate audiences to get up off their feet and join in with his routines.

The charm of Mr Motivator's fitness videos stem from his unbeatable humour, which entertains as well as inspires event guests. Whether from the comfort of their own homes or at a company workshop, your audience will never forget an event featuring Mr Motivator. In 1993, upon joining GMTV, Mr Motivator shot to the heights of fame, loved by fans for his bright personality - and bright spandex!

Returning to GMTV in 2009, Mr Motivator led a three-week-long special promoting Change 4 Life, an NHS campaign. In 2016, he then appeared on Lorraine, to promote his book, The Warm Up. Since the 1990s, this icon of British fitness has remained firmly in the nation's hearts, making this event act highly recognisable. In 2020, in light of the coronavirus pandemic, Mr Motivator joined the BBC HealthCheck UK Live team to keep Britain active during the country-wide lockdown. With citizens unable to leave their house more than once a day, many turned to home-based workout routines instead. He is credited for keeping spirits high during the pandemic, motivating audiences to not just stay active, but maintain positivity - a skill that he can bring to events.

Mr Motivator recently sat down with Champions' Content Executive, Megan Lupton and discussed all things motivation, diversity and inclusion and more. Take a look at our exclusive interview with Mr Motivator today. 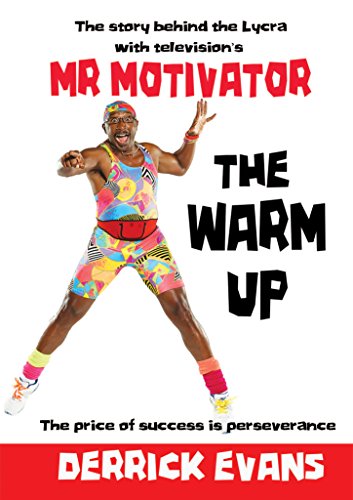 The Warm Up: The Story Behind The Lycra With Television's Mr Motivator

How to hire Mr Motivator

Contact the Champions Speakers agency to provisionally enquire about Mr Motivator for your event today. Simply call a booking agent on 0207 1010 553 or email us at [email protected] for more information.