Dr Michael Scott is a leading figure in the study of ancient history and the classics. Having taught at the University of Cambridge and the University of Warwick he is a respected academic and received the UK’s most prestigious higher education teaching award. He has also been a presenter for national TV and radio stations. As a speaker Michael provides an engaging and educational discussion on the ancient world and the classics, that will pique the interest of everyone in attendance.

Michael spent seven years studying and achieved a BA, Masters and Doctorate from the University of Cambridge. Moving on from studying into academia, Michael became a Research Fellow at Cambridge specialising in Ancient History in 2007. While in this position he was also an Affiliated Lecturer in the Faculty of Classics. In 2011 he became a Research Associate at Darwin College, a role he paired with his position of Assistant Professor at the University of Warwick. In 2014 he left Cambridge to become an Associate Professor of Classics and Ancient History at the University of Warwick. In this role, he achieved several awards such as the Senior Fellowship of the Higher Education Academy and the University of Warwick Outstanding Community Contribution Award before being named a National Teaching Fellow in 2017. A year later he became a Professor and was elected as a Fellow of the Royal Historical Society. Continuing to progress he was named Director of the Warwick Institute of Engagement and his work continued to receive recognition as in 2021 he was awarded the Classical Association Prize. He has also been in several other roles including President of the Lytham Saint Annes Classical Association and Trustee and Director of Classics for All.

Away from Academic roles, Michael has been a regular on TV screens. Exploring the ancient world as a writer and presenter he has appeared on National Geographic, the History Channel, Nova, BBC, and ITV.  Shows he has worked on include BBC1’s Invisible Cities, the History Channels’ Ancient Discoveries, and ITV’s Roman Britain from the Air. He has also lent his expertise to radio shows, podcasts and both national and international press. He is also a leading author having published five books including Ancient Worlds: An Epic History of East and West and has contributed to several encyclopaedias on the Mediterranean and ancient history. In recognition of his work to preserve Delphi, he was made an honorary citizen of Delphi in 2015.

Available to hire as a speaker Michael is a perfect choice for any academic event looking to learn more about the ancient world. His experience also makes him a fantastic example of someone the future generation of academics can look to and learn from. His TV and radio work also makes him a good choice for a presenter and host. 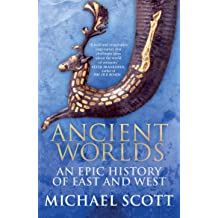 Ancient Worlds: An Epic History of East and West 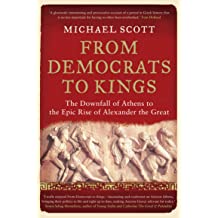 From Democrats To Kings: he Downfall of Athens to the Epic Rise of Alexander The Great 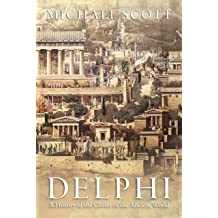 Delphi: A History of the Centre of the Ancient World

How to hire Dr Michael Scott

Contact the Champions Speakers agency to provisionally enquire about Dr Michael Scott for your event today. Simply call a booking agent on 0207 1010 553 or email us at [email protected] for more information.

Prof. Olivette Otele
The First Black Woman To Be Appointed As A Professor Of History In The UK
View Profile
Image