Former Leicester City star and football speaker Matt Elliott began his career at the non-league clubs Leatherhead and Epsom & Ewell. Quickly demonstrating his knack for the beautiful game Elliott soon moved to Charlton Athletic where he firmly established himself as a professional player.

Elliott was soon signed by Torquay United and from there began to draw attention from clubs further up the ladder, he signed for Scunthorpe in March 1992 and Oxford United the following November 1993 where he remained for three seasons. Matt Elliott made his first Premiership appearance with Leicester City in 1997, where he went on to act as the team’s leading sports speaker and captain.

Remaining with the Foxes for almost a decade Matt Elliott was part of the Leicester team that came runners up in both the First Division final and League Up in 1999 and 2003 respectively. Additionally, he captained his side to a League Cup win in 2000 and was awarded an Alan Hardaker Trophy for his skilful play in the EFL Cup final.

Despite being born in England Matt Elliott chose to play for the Scottish national team and was offered a place thanks to his grandfather’s Scottish heritage. Elliott received no less than eighteen caps for Scotland and continues to work as an after dinner speaker for the national team. Elliott incurred a knee injury in 2004 and, after only three appearances for Leicester City that season he retired from the club and the international Scottish team in January 2005.

As a speaker he is open and honest, giving a real insight into his high profile career, which is fascinating to listen to; football fan or not. Incorporating his personal experiences in leadership, achieving goals and overcoming obstacles, he relates each topic to everyday life and prompts important discussions within his audiences. A popular and talented sportsman, Matt Elliott is a wonderful addition to any event.

Contact the Champions Speakers agency to book Matt Elliott for your event today. Simply call a booking agent on 0207 1010 553 or email us at agent@championsukplc.com for a free quote.

When at corporate events, Matt is known to cover the following topics: 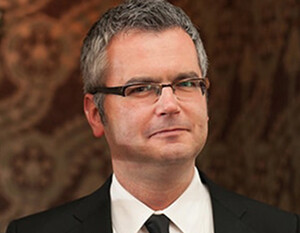