A larger than life character that was born to entertain, London Hughes is an exceptional comedian, television writer and presenter that is available to hire for events, dinners and functions across the UK through the Champions Speakers agency. an award winning writer-performer and presenter that has regularly been a voice of Comedy Central, London Hughes has also been a regular guest presenter on ITV's Zoe Ball On Saturday in addition to recent appearances on Mock The Week and Celebs Go Dating where she entertained viewers with her adorable and endearing personality while maintaining her exceptional wit and humour that she has become so well known for.

Hughes' popularity and prowess has recently led to her hosting her first solo entertainment show, Extreme Hair Wars for 5Star. The presenter of BBC One's upcoming primetime entertainment show, Ready Or Not, London Hughes is an incredibly accomplished and highly thought of comedian, presenter and entertainer that is certain to be a hit with your guests when booked through our agency.

Extremely popular to a young audience thanks to her extensive presenting on children's television shows on CBBC, London Hughes is also a former Blue Peter presenter that won a Funny Women Award at the Comedy Store as testament to her talent and ability as a comic. Also appearing on children's television such as Series 1-5 of CITV's weekend breakfast show, Scrambled! Hughes had her first feature film role in comedy It's A Lot released nationwide as she continued to grow in stature, popularity and recognisability with viewers.

Also a radio presenter, Hughes wrote and starred in her own sitcom pilot, 28 Dates Later which was hilariously loosely based on her life. A hit sitcom about two girls that work in a cinema with a love of romantic comedies, but can't seem to make their own love lives match up to the ones in the movies, London has also featured in comedy entertainment show Life: An Idiots Guide and satirical sketch show, Newsjack, both for BBC Radio 4. London Hughes has also recently launched her own YouTube comedy series No Filter, written by and starring herself based on her real life experiences in friendship and dating.

An incredibly talented and funny comedian and presenter that is effortlessly able to resonate with guests, entertain guests and facilitate uncontrollable laughter, whether it be a corporate or private function, Hughes' plethora of content and abundant skillset will ensure she is ideal for any occasion. Challenging ideals, breaching stigmas and daringly controversial, the full of life, enigmatic London Hughes is available to hire as a comedian or event host through the Champions Speakers agency where she is guaranteed to contribute to an unforgettable occasion.

Contact the Champions Speakers agency to book London Hughes for your event today. Simply call a booking agent on 0207 1010 553 or email us at agent@championsukplc.com for a free quote. 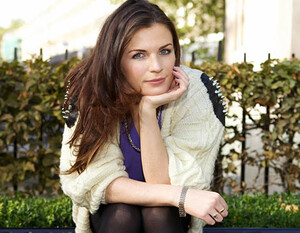 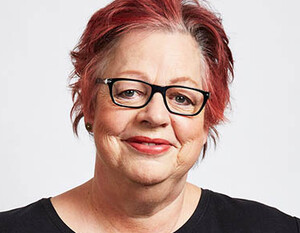