Kim-Joy Hewlett is known to many as a talented name among Great British Bake Off contestants. Making her appearance on the programme’s 2018 series, Kim-Joy quickly established herself as a force to be reckoned with, progressing through the show’s stages before eventually finishing as a runner-up. Having made her mark on the world of television broadcasting, Kim-Joy has become a popular media personality.

Mental health specialist by day and star baker by night, Kim-Joy decided to put her talents to the test on national television. Born in Belgium and raised in London, Kim-Joy is the only dedicated baker in her family. In the past, Kim-Joy confessed that she initially lacked the confidence to take part. Upon entering the Bake Off tent, her decision to enter proved to be the right one, blowing away the judges with her magnificent baked creations.

Noted for her breathtaking artistic designs, Kim-Joy delivered incredible results throughout various stages of the show. One of her most prized creations saw the light of day during Spice Week, an episode which saw her create a unique biscuit chandelier. In recognition of her talents, she was named Star Baker that very same week.

Her imaginative approach to baking proved to be her greatest strength time and time again, a notion which was proven through her creation of an edible globe and space turtles during Dessert Week. At the same time, Kim-Joy also met with setbacks on several occasions, successfully overcoming adversity during Danish Week and Patisserie Week.

Kim-Joy’s artistic talent would again be tested in the series finale, which saw her recreate the lost city of Atlantis in edible form. Combining an eye for originality with practical baking skills, Kim-Joy proved to be a worthy adversary for her fellow finalists Ruby Bhogal and Rahul Mandal. Facing off against Ruby’s pastry mountain and Rahul’s Victorian-inspired rock garden, Kim-Joy eventually secured her place as the joint runner-up.

Having proven to be one of the most popular personalities on the show, Kim-Joy is an exciting choice as corporate entertainment. Bringing all the anticipation and excitement associated with star bakers and celebrity chefs, her appearance is a sure-fire way of ensuring an event’s success. From baking enthusiasts to casual attendees, Kim-Joy can bring a slice of The Great British Bake Off (GBBO) to events across the nation.

Contact the Champions Speakers agency to book Kim-Joy Hewlett for your event today. Simply call a booking agent on 0207 1010 553 or email us at agent@championsukplc.com for a free quote.

When she's at corporate events, Kim-Joy is known to cover the following topics: 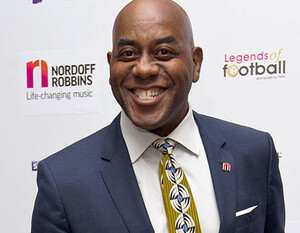