Former footballer and esteemed sports speaker, John Barnes is a calculated commentator who frequently shares his knowledge with enthralled fans, both on the screen and on the stage. The talented left-winger soared within the sport in the 1980s and 90s, earning himself 79 caps for England in the process. John is a highly sought after public speaker, who is frequently booked to appear at awards evening, business conferences and more.

Over the course of his career, John made 586 local appearances throughout two decades. Whilst playing for such teams as Liverpool from 1987 to 1997 and Newcastle United from 1997 to 1999, he scored over 150 goals, making him a formidable player. Upon moving to play with both the England under-21s and the England National Football Team, John made 82 appearances and scored 12 goals. In doing so, he was voted England's greatest ever left-footed player by readers of The Times.

As a manager, John led Celtic Football Club, Jamaica's national team and Tranmere Rovers. He was highly regarded for his tactical approach to football, which allowed his players to balance calculated attacks with a strong defence. In celebration of John's impact on the sport, he was described as a "once in a lifetime player", and received the Football Writers' Association Footballer of the Year,  PFA Players' Player of the Year and was inducted into the English Football Hall of Fame. Off the pitch, John has worked as a presenter for ITV and Five, and is a vocal advocate for racial equality in sport.

John regularly tours the speaking circuit, attending events as the awards host, after-dinner speaker and sports speaker. An advocate against discrimination, he frequently and candidly shares his personal story, as well as discuss his continued work towards equal opportunities. John's experience of top-level football has given him a wide range of personal skills, including peak performance, maximising success and performing under pressure. Elite sporting stars perform under great pressure, meaning that John has developed methods to staying calm which he presents in his public speaking. 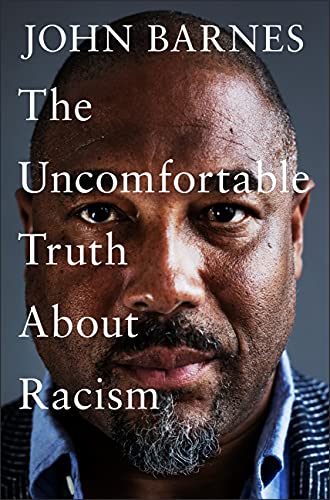 The Uncomfortable Truth About Racism

How to hire John Barnes

Contact the Champions Speakers agency to provisionally enquire about John Barnes for your event today. Simply call a booking agent on 0207 1010 553 or email us at [email protected] for more information.

"John was great, and in my opinion just what we were looking for and more. He was really thought-provoking and quite provocative at times, he utilised simple analogies to help people truly understand the meaning of unconscious bias... A great inspiring choice- thanks for your help and support in organising. Look forward to organising the next event soon!" - Claire, Alcon Eye Care

"I didn’t get to say bye to John but he was absolutely amazing and I cannot begin to thank him enough!! He got up on the tannoy and did two fantastic raps, he really motivated so many people to give. Thank you so much, John and we will let you know how much you helped us raise. We are sharing the fun of the day on social media but I wanted to send John a huge thank you."- Deutsche Bank

"I asked John if he minded diving straight in, he was more than happy with this and provided a great opening, describing his early years, his family background and how he came to live England. He also echoed much of the philosophy we coach here, which was fantastic as we’d not had a chance to brief him on that, it was all very natural and spontaneous, both myself and Luke Webb were enthusiastically nodding away as he spoke to the audience. During the meal, he went table to table and signed various items for the students and staff." - Private Event

"Later in the evening, we retreated with some staff members to the bar where John was more candid about his career and life experiences, which I personally found fascinating, I think we could have booked him in for a week and still only scratched the surface of his life experiences and thoughts on the game. I’ve suggested a “John Barnes Part II” because of that." - Private Event

"I really appreciated that John devoted so much time to each of our students' questions and you could instantly perceive his passion for football but also the passing on of his knowledge and development of kids, not just in sport but as people. Many of them (who board) were looking forward to Face-timing or Skyping home to tell their parents about it, which was great to see." - Private Event

"Once again a great evening – thanks for your help in arranging everything." - Trevor, Bradfield College