James Pearce is a British TV presenter best known for his work as a sports correspondent and his TV appearances for the BBC; during a career that has already spanned more than two decades, Pearce has reported on 4 World Cups, 4 Summer Olympics, 3 Winter Olympics, 3 European Football Championships and 3 Commonwealth Games. Not only does James make TV appearances but he also offers services as an after-dinner speaker for a number of specialist sports events.

As a TV presenter and sports journalist James Pearce has been integral to the breaking of some of the biggest stories in recent years and has covered some of the most shocking scandals to rock the sporting industry; as a TV presenter it was Pearce who first reported on the illegal sale of sponsorship tickets for London’s 2012 Olympics and it was his investigation that uncovered the bribing of FIFA officials by the English bid team during the bid for the 2018 World Cup.

A typical day for James, as such a prolific TV presenter, can begin with early reports on BBC Radio 4’s Today Programme and end with a TV appearance and grilling interview from Jeremy Paxman on the Beeb’s late news series Newsnight. Pearce has worked alongside other esteemed newsreaders and TV presenters including Sue Barker, whom he was with when the news that London would be hosting the 2012 Olympic Games was announced in 2005.

Pearce cites the 2012 Olympic Games as the highlight of his career thus far, as both a journalist and a TV presenter Pearce had been involved with and followed the campaign of London’s Olympic bid since its first announcement in 2001. Eleven years on Pearce was present at and made TV appearances for some of the biggest events at the games and as a TV presenter interviewed some of the most famous names to take part including Sir Mo Farah, Sir Chris Hoy and Jessica Ennis.

Contact the Champions Speakers agency to book James Pearce for your event today. Simply call a booking agent on 0207 1010 553 or email us at agent@championsukplc.com for a free quote.

See what people had to say about James, when he appeared at their corporate events:

"James Pearce was a leading figure in the BBC’s coverage in the lead up to, and during, the London 2012 Games – and his work is a major reason why the BBC enjoyed such tremendous success. His work reflected toughness and tenacity, but never at the expense of accuracy or fairness. He understood that the journalistic aim of ‘getting it first’ should never undermine the larger aim of ‘getting it right.’ And on many occasions, through his talent and professionalism, James achieved both. His reporting reflected the proudest traditions of British journalism, and it was a pleasure working with him."  - Lord Sebastian Coe, Chair of the London 2012 Organising Committee

"James Pearce delivered a brilliant after dinner speech that gave our conference audience a fascinating insight into the world of the sports correspondent. A funny and fast paced session that revealed the pressures, near misses and occasional catastrophes that can go on behind the scenes when sport is reported on our TV screens. You'll never look at a sports reporter in the same way again! Great entertainment, and not just for the sports fan." - Tim Crowley, Chairman, CIPFA Audit Conference May 2013 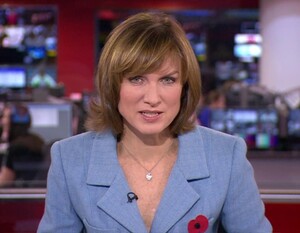