Gabriela Sabatini is a renowned former professional tennis player, predominantly active during the 1980s and 1990s. After retiring at the age of 26, Gabriela expanded on her perfume line, turning it into an international brand, which now includes watches and a fashion collection. Early on in her career, despite being the best junior player in the world at the age of 14, Gabriela’s introverted, and shy nature contributed to her slow rise to fame. As such, Gabriela can speak about overcoming her fears, mental resilience and performing under pressure.

Gabriela began playing tennis at the age of 6, winning her first tournament at 8 . Aged 15 she became the youngest ever player to reach the semi-finals of the French Open. Gabriela rose to national prominence in 1990 after Winning the US Open and coming second in the WTA Tour Championships.

In 1988 she represented Argentina in the Seoul Olympics, winning a silver medal in the singles competition. During the same year she won the doubles competition in Wimbledon with Steffi Graf. Gabriella boasts 41 titles and a career ranking of 3 in both singles and doubles, with a 632-189 head-to-head record.

Inducted into the International Tennis Hall of Fame in 2006, she has been awarded several prestigious accolades, including having her statue unveiled by Mauricio Macri and placed alongside Argentinian sports stars, such as Lionel Messi, Diego Maradona, Guillermo Vilas and Roberto de Vicenzo.

In 2019, the ITF presented Gabriela with the highest award, the Philippe Chatrier Award, for her achievements both during her tennis career and for her post retirement, distinguished charity work. Working with prominent international charities including the UNICEF and UNESCO, Gabriela Sabatini is a great role model. Book her now. 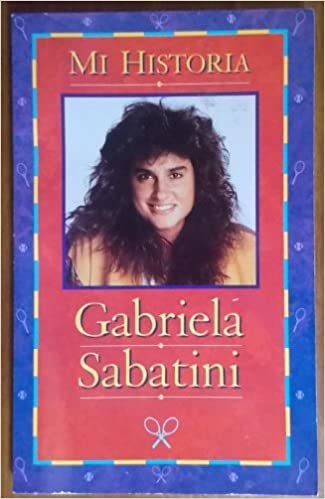 How to hire Gabriela Sabatini

Contact the Champions Speakers agency to provisionally enquire about Gabriela Sabatini for your event today. Simply call a booking agent on 0207 1010 553 or email us at [email protected] for more information.