A popular golf caddy, known as the Pro's pro, Billy Foster has enjoyed long-standing relationships with some of the world's top golfers. Due to his astute knowledge of the game, and dedication to his role, he has been able to provide stellar assistance to pros in their pursuit of success.

Having worked with players such as Hugh Baiocchi, Seve Ballesteros, Gordon Brand Jnr, Thomas Bjorn, Sergio Garcia, Darren Clarke and Lee Westwood, in a career that his extended over 30 years, Foster is able to detail the importance of a caddie in helping the biggest and best talents in the game to reach peak performance.

Beginning as a caddie at a European Tour event in Bradford in 1982, as a volunteer, it wasn't long before he was brought on board to work for Baiocchi. During a successful couple of years with the South African, Foster was by his side as he first found his way into the top 20 in Europe.

Foster then joined Gordon Brand Jnr, giving him his first glimpse of Ryder Cup competition. He would be a caddie for the historic 1987 Ryder Cup triumph on American soil, watching the drama unfold as Europe took the title back from the US for the first time.

Seve Ballesteros, who Foster describes as the "greatest golfer of his generation" was next to sign him up. A rollercoaster of a ride with him, saw Foster take in the 'impossible shot' alongside a host of other memorable moments.

Foster admits begging Ballesteros to chip the shot to the side, get a par and win the European Masters. Ballesteros had other ideas and hit the ball over an eight-foot wall, through the trees and over the pool to sit a few yards off the green. Foster said, "that's what made him special".

Foster learned a lot from his five years with Ballesteros, becoming one of the most in-demand golf caddies in the game. He would go onto have a brief spell with Tiger Woods, in addition to working with some of the best talents the game has ever seen.

As an inspirational sports speaker and golf speaker, Foster is able to recount his extraordinary experiences in the world of golf. Perfect for after-dinner speeches and golf days, there are few as widely respected and knowledgeable as Billy Foster.

Contact the Champions Speakers agency to book Billy Foster for your event today. Simply call a booking agent on 0207 1010 553 or email us at agent@championsukplc.com for a free quote. 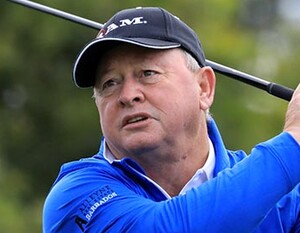 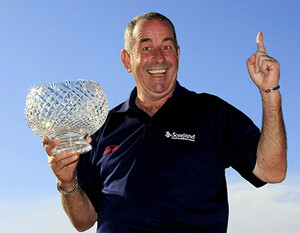 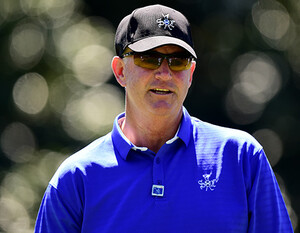