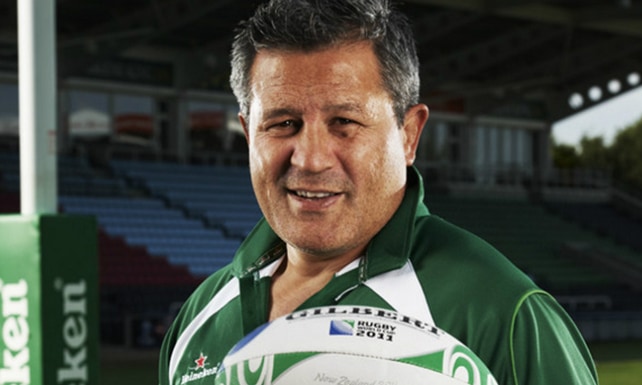 An exciting tournament already being billed by many fans and commentators as the finest of all time, we have seen a glut of exceptional new players emerge on the world stage, including South Africa’s Lood de Jager and Eben Etzebeth, Wales’ Gareth Davies and New Zealand’s Nehe Milner-Skudder.

When it came to the World Cup’s standout team, however, there was just one choice – Steve Hansen’s All Blacks dominated the tournament from start to finish, from their gritty 26-16 victory over Argentina in their opener to their majestic 34-17 disposal of antipodean rivals Australia in the final, with a frightening 62-13 quarter-final evisceration of France thrown in for good measure.

Come the final whistle against the Wallabies at Twickenham, New Zealand had made history as the first team to retain the Webb Ellis trophy and to win it three times, one more than South Africa and Australia.

The Oceanian nation, home to just under five million people, won the inaugural World Cup in 1987. Zinzan Brooke was one of the players in the New Zealand squad as they claimed the trophy on home soil against France.

Regarded as one of the best number 8s to have ever played for the All Blacks, his international career spanned 10 years, 58 caps, and three World Cups. After he hung up his black shirt, he played for Harlequins and Coventry in England.

Blessed with the running and kicking skills of a backline player, Zinzan was extremely mobile and agile as a forward, and once kicked a 48-metre drop goal during a 1995 Rugby World Cup match, one of three he scored in Test matches.

Following his retirement from rugby, Zinzan went down the entrepreneurial route and now runs a successful recruitment and construction business along with a bed and breakfast in Windsor, Berkshire.

An international rugby captain, a World Cup winner, a businessman and an all-round nice guy, Zinzan is the perfect choice of keynote or after dinner sports speaker for your rugby or sport-themed event.

To book legendary New Zealand rugby player Zinzan Brooke as a speaker with Champions Speakers, simply fill in our online form or call us on 0207 1010 553 today.