Alex Armstrong is a multi-talented English comedian, actor, television presenter and singer. A well-known face on TV, he is one of the nation’s most accomplished television presenters. He graduated from the University of Cambridge in 1992 where he read English and soon moved to London to pursue a career in acting and comedy. 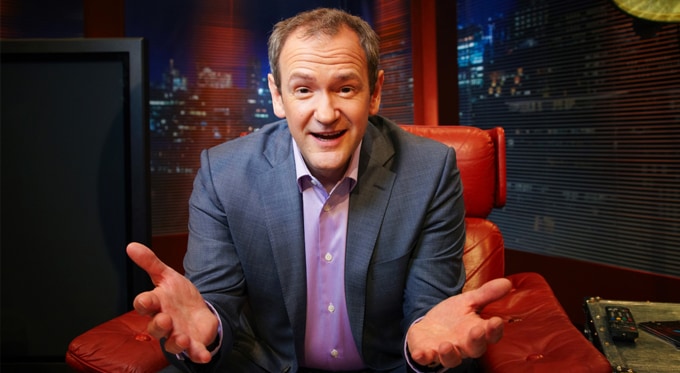 Alexander has been active in the television industry since 1994, but it wasn’t until 1996 that his career really took off. Alexander and close friend and comedian Ben Miller formed a comedy duo in 1996 that saw them perform at the Edinburgh Fringe Festival and receive a nomination for a Perrier Award. A year later their partnership was noticed and was made into a show called Armstrong and Miller which continued for four series and was a huge hit on television.

The pair went on to publish the The Armstrong and Miller Book together in 2010 based on the characters in the show. It was this show that put Alexander’s name out there and his face on the screen. Since then Alexander has enjoyed his position as a prominent figure on people’s television screens on programmes such as Have I Got News for You, Epic Win, Alexander Armstrong’s Big Ask, Alexander Armstrong in the Land of the Midnight Sun and Prize Island. He currently co-presents BBC1’s popular quiz show Pointless where he works with fellow comedian Richard Osman. Pointless has been running since 2009 and continues to be a great watch after a long day at work.

The show’s popularity has led to the spin off version Pointless Celebrities, which has featured the likes of Willie Thorne, Derek Redmond and Tony Jacklin CBE. He brings an air of confidence to events which is hard to ignore and with his extensive media background, combined with the natural ability to entertain, Alexander is a fantastic choice for any event.

To book Alexander Armstrong as the comedian for your corporate event, function or conference, simply contact the Champions Speakers agency by filling in our online contact form or by calling a booking agent directly on 0207 1010 553.