Nicky’s first career spanned 27 years in the Armed Forces, serving in the Field Army as well as in strategy, policy and finance roles in Army Headquarters and the Ministry of Defence. As a private secretary, she worked at the heart of the Government, supporting the Secretary of State for Defence during fast-moving operations in Iraq, Afghanistan, Sierra Leone and Cumbria (during a ‘Foot and Mouth’ crisis).

Her expertise and insights as a leader were developed throughout a range of ‘command’ roles, as a Training Company Commander, Training Regiment Commander and Director of her specialism. In her most significant leadership role, she led some 4,500 soldiers within the Army’s personnel and finance function.

In 2012, Nicky left the Army and established What Good Leadership Looks Like. She now helps companies develop their people and make transformative and sustainable improvements in leadership and culture. Her experience as a speaker and facilitator ranges across the UK, multinational and global corporations, in sectors as diverse as financial services, health, oil and gas, construction, transport, education, media and law. She supports executive teams and individuals as a leadership and career coach.

In 2018, Nicky made her TV debut as an on-screen contributor to Secret Agent Selection: WW2 (BBC)/Churchill’s Secret Agents (Netflix). This five-part living history series resurrects the assessment and training programme of the Special Operations Executive (SOE), one of Britain's most covert wartime organisations. The series aptly illustrates the power of a positive mindset, as seemingly ordinary men and women discover that they are capable of extraordinary things.

Nicky delivers her material TED-style, so her content feels authentic and it is delivered-in-the-moment. She is responsive to audience size, demographics and atmospherics. Supporting slides are clear and visually impactful. Each of Nicky’s talks is bespoke, designed to reflect each different client’s sector, role and specified requirements.

Nicky illustrates key messages through story-based practical experience and insight. The focus is always on practical application and on encouraging the audience to reflect on the utility of each insight for them personally, whether as an individual, leader, or team member.

Contact the Champions Speakers agency to book Nicky Moffat for your event today. Simply call a booking agent on 0207 1010 553 or email us at agent@championsukplc.com for a free quote.

When at corporate events, Nicky is known to cover the following topics:

"Practical advice that I can use today. Nicky is such an engaging speaker. Great mix of the blue sky aspirational stuff with the realistic stuff"- Senior Legal Counsel

"There was no filler/fluff in this. It was all great information. I could have listened to so much more from her"- Solicitor

"Thought provoking and provided many useful tools. Drawing on her own professional experience and career path heightened the impact"- Legal Consultant

"Your session was inspirational and your journey to the top is a complete eye opener…how strong a character you must have to get to where you are! Your session has motivated me to have a look at my own journey and take stock - thanks so much"

"Nicky’s session at our M&A Conference went fabulously well…she was a massive hit and we all really enjoyed her presentation and insights. I heard a great deal of positive reaction to her session and it was one of the most popular of the day. It hit the mark exactly and gave us all much to think about; I’m sure I’m not the only one today determined to put her ideas into action! Our managing partner also turned up because he wanted to hear what Nicky had to say. Everyone was impressed by Nicky’s experience and her direct, no-nonsense approach to leadership balanced with just the right dose of humour and selfdeprecation"

"We booked Nicky to talk at our ‘women in road’ network event. Nicky gave a fantastic talk and really connected with her audience who found her both interesting and thought provoking. She was a great success and feedback after the event was all positive – they loved her!" - Emma, The AA 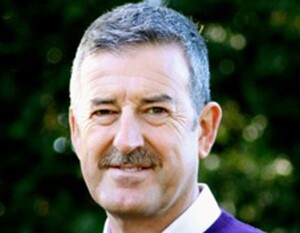 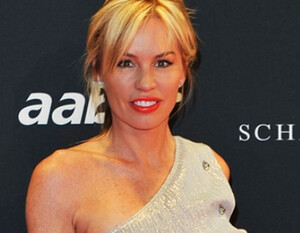