Martin Kemp has enjoyed a highly successful and famed career as a musician and actor, best known for playing the bass guitar in the iconic band Spandau Ballet. Having also starred on programmes including The Bill, Eastenders and The Brides in the Bath, Martin has earned a loyal and devoted following across his years in the industry. A famed celebrity, book Martin Kemp today to make a personal appearance at corporate events or as a personable events and awards host.

Famed for being a member of the band Spandau Ballet, Martin initially joined his brother’s band The Gentry. Learning to play the bass, the band was renamed Spandau Ballet, and the band became hugely successful. By the end of his career with Spandau Ballet, Martin had reached the Top Ten on the UK Albums Chart and had a UK Number One Album with ‘True’. Martin also performed on the Do They Know It’s Christmas? single by Bob Geldof, and performed in a world tour with the band. After formally splitting in the 1990s, Martin enjoyed a successful acting career, starting with acting as one of the Kray twins in The Krays.

Martin has also acted in Highlander: The Series, The Outer Limits, Waxwork II: Lost In Time, Embrace of the Vampire, The Bill, The Brides in Bath, Can’t Buy Me Love and Family. He is best known for playing the character Steve Owen in Eastenders, a role for which he was awarded the TV Quick Award for Best Soap Actor in 2000, 2001 and 2002, the British Soap Award for Best Actor in 2001 and 2002 and a National Television Award for Most Popular Actor in 2000. He has also made appearances on Who Wants To Be A Millionaire?, Dangerous Adventures for Boys, Martin Kemp’s Murder Files and Waterloo Road. He has also acted in stage shows, playing The Childcatcher in Chitty Chitty Bang Bang and Captain Hook in Peter Pan – The World’s Biggest Pantomime.

A passionate charity supporter, Martin is a Patron of the Encephalitis Society having suffered from epilepsy and brain tumours during his life. He is also the Co-Presenter of Martin & Roman’s Sunday Best and Martin & Roman’s Weekend Best, joined by his son Roman Kemp. With several years under his belt of performing in front of large crowds, Martin is now available to hire as an awards or event host for a range of corporate events. A personable and highly recognisable celebrity, Martin is guaranteed to increase the star appeal of your next event. Book Martin Kemp today, perfect as the host for a range of events big and small. 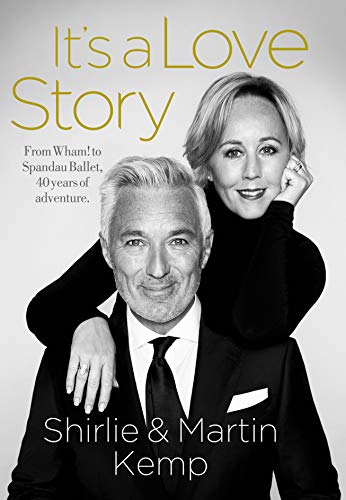 Shirlie and Martin Kemp: It's a Love Story 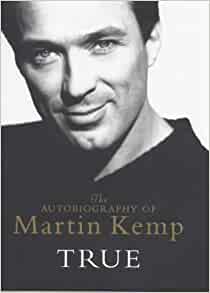 True: The Autobiography of Martin Kemp

How to hire Martin Kemp

Contact the Champions Speakers agency to provisionally enquire about Martin Kemp for your event today. Simply call a booking agent on 0207 1010 553 or email us at [email protected] for more information.