For those who don't know Jon Biggs by sight, they will certainly know him by sound - he is the British voice on Siri, Apple's virtual assistant software. Jon is famed for his adaptable, talented and versatile voice work, which has led him to feature at a number of events up and down the country. As an event host, Jon's ability to command the room speaks for him, as he effortlessly captivates audiences with his booming voice.

Jon is also a popular motivational speaker, whose story of failure and success can inspire an improved perspective in his audience. Having spent a big portion of his life in the spotlight, he is an expert in handling pressure, building a brand and mental resilience, influenced by his decades of overcoming and adapting to challenges. As a conference facilitator, there is no one that Jon hasn't presented alongside or interviewed. From Bill Clinton and Buzz Aldrin to Jon Major and Jack Welch, his moderating is highly regarded as the best in the industry. With his charisma and confidence, even whilst interviewing Sir Richard Branson, Jon is a speaker in a million.

Starting in 2000, Jon has appeared in over 1,800 episodes of The Weakest Link as their voiceover statistician, on the BBC. From 1996 to 2009 he was an announcer on BBC Radio 2 and Channel 4 from 1988. Jon's media career quickly picked up speed, leading him to become the first presenter on air when QVC launched in the UK in 1993. Also taking to the music and radio industry, he was the opening narrator to Blood Sugar by Pendulum, and featured on a number of prominent radio shows including Oxford AM for BBC Radio Oxford, Morning Edition for BBC Radio 5, Night Ride for BBC Radio 2 and The Weekend Wireless Show for LBC.

Otherwise known as "Daniel", Jon is the recognisable voice of Siri for Apple. The service is used by the visually impaired to complete tasks on their phone, but Jon's recognisable tones have also become a comical narrative tool for internet content. As an experienced performer, Jon's presentations are slick and confident. He effortlessly discusses workplace culture and motivation, training people to use their voice positively.

Contact the Champions Speakers agency to book Jon Briggs for your event today. Simply call a booking agent on 0207 1010 553 or email us at agent@championsukplc.com for a free quote.

When Briggs is at corporate events, he is known to cover the following topics: 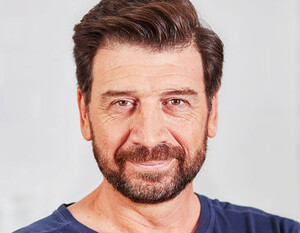 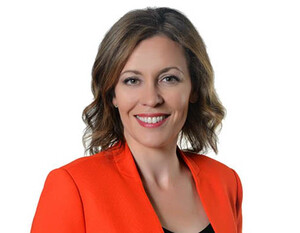