Popular YouTuber and widely respected model, Jim Chapman, is the ideal addition to your event. As an event host, brand partner or after dinner speaker, his effortless charm resonates with audiences of all ages. Jim has reached viewers of all demographics as a YouTuber, making him immensely popular amongst those in attendance, from schools to corporations - an event featuring Jim is a surefire success. With over two million Instagram and YouTube followers on each platform, he truly is a leading social media figure.

As a brand partner, Jim is the obvious choice for your campaign. With his classy style and slick production value, a product or service endorsed by Jim will benefit from his eye for photography and videography. His combined four million social media followers can become your returning consumers, as they trust Jim's authentic opinion of brands. He is also a respected model, who has worked with the likes of Hugo Boss. Jim's diverse career has extended beyond social media to modelling and writing, in the form of his 2017 book, 147 Things, and monthly contributions to British GQ.

Kickstarting his online career in 2010, after completing a degree in Psychology, Jim's first channel was named j1mmyb0bba. He now creates men's lifestyle content, from fashion to skincare, combining to a total of 138.2 million views. As part of Comic Relief's YouTube Boyband, Jim raised money in partnership with several other male influencers. Due to such widespread fame, he is a hit at events, where audiences instantly recognise him from his multiple media appearances. Jim is no stranger to the stage or screen, meaning that your event is a surefire success. 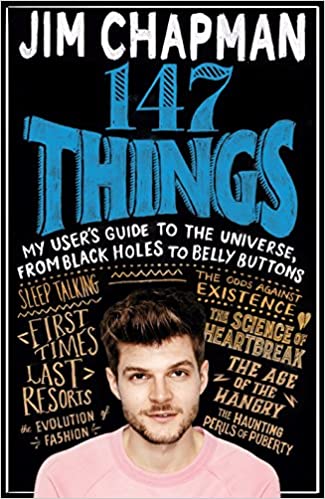 147 Things: A Hilariously Brilliant Guide to This Thing Called Life

How to hire Jim Chapman

Contact the Champions Speakers agency to provisionally enquire about Jim Chapman for your event today. Simply call a booking agent on 0207 1010 553 or email us at [email protected] for more information.