Best known for her illustrious career in technology and innovation, Inma is currently working as a member of the Steering Committee Multitask Expert Group at The Global Partnership on Artificial Intelligence. Also elected to the advisory council to the State Secretary for Artificial Intelligence at the Ministry of Economy and Digital Transformation of the Government of Spain, Inma has forged a respectable reputation as an authority in artificial intelligence. Inma has also claimed recognition as one of the Top 50 AI Influencers to Follow on Twitter and one of the Top 20 Women Changing the Landscape of Data.

Since the 1990s, Inma has been a revolutionary figure within the technology industry and has become well known for her talent to create social engagement through technology. She has formerly had a great impact in investment banking, working for the firm Goldman Sachs, and has also enjoyed a corporate career with the likes of Cable & Wireless Plc. She has also worked in an advisory role at the European Union and been an Advisor to SCOPE- the Government of Sarawak Centre of Performance Excellence. Described as a ‘Firestarter’ by Fast Company, Inma has also enjoyed time as a guest lecturer in MSc Management, MSc Economics and MSc Innovation, Entrepreneurship and Strategy at Imperial College London.

Other prominent roles of Inma’s include being a member of the Council for Society Cooperation at Loyola University, a business collaborator for the UK Trade & Investment Agency and an investment board member of the Innovation Fund at the UK Department of Sport, Media and Culture. Her illustrious career has allowed Inma to author two books, titled The Fifth Industrial Revolution: How Space Commercialisation Will Derive the Biggest Industrial Expansion of the 21st Century and The Future of the Automotive Industry. She has also claimed recognition as the Best Contributor to the Formation of Strategy, from Bloomberg Businessweek. Most recently, in 2021, Inma was appointed as a member of the GPAI's Innovation and Commercialisation of AI Task Group.

With a distinguished career to her name, Inma is now booked as a speaker for a range of corporate events. Establishing a reputation for all things technology, data and innovation, Inma has previously delivered the TEDx speech AI Machines and the New Super Humans and also claimed recognition as one of the Top 40 Women in Technology from Red Herring. A confident, insightful and knowledgeable speaker, Inmaculada Martinez is the perfect speaker for events themed around technology and innovation. 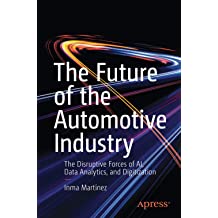 The Future of the Automotive Industry: The Disruptive Forces Of AI, Data Analytics, And Digitization 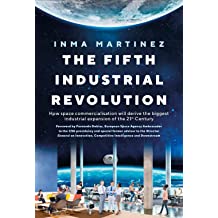 How to hire Inmaculada Martinez

Contact the Champions Speakers agency to provisionally enquire about Inmaculada Martinez for your event today. Simply call a booking agent on 0207 1010 553 or email us at [email protected] for more information.

Inma's speaking topics are listed below.

Inmaculada is often booked as a speaker for events, read her latest feedback below.

"It went great! Inma is an amazing speaker and lovely person." - Alexandra, CenturyLink