Accomplished economist and globalisation expert Frank-Jurgen Richter is a leading name among business speakers. The founder of the independent Swiss think tank Horasis, Frank-Jurgen has played a crucial role in influencing the global strategies of corporations and governmental organisations alike.

Having graduated from the University of Karlsruhe with a degree in industrial engineering, Frank-Jurgen’s academic pursuits soon saw him attain further degrees from the University of Tsukuba and the University of Stuttgart. Upon completing his studies, it wasn’t long before Frank-Jurgen found his way to Asia. Having worked in a senior position on the continent, these experiences would help to shape his unrivalled understanding of Asian economies – a topic which sets him apart from other after dinner speakers.

Prior to his involvement with Horasis, Frank-Jurgen fulfilled a position as a Director for the World Economic Forum. His passion for sharing knowledge soon saw him launch Horasis, through which he led meetings alongside many of the world’s most influential business leaders. Laying a special focus on emerging markets, Horasis continues to facilitate meetings aimed at improving international cooperation in numerous business areas.

With globalisation being one of the most important developments of modern times, Frank-Jurgen’s keynote speeches have seen him appear at notable corporate events, charity events, gala dinners and advisory meetings all over the world. He is regularly consulted by governments and major corporations to advise them on areas relating to international trade and sustainable development. Helping his clients to meet the unprecedented challenges associated with a global economy, Frank-Jurgen has made a valuable contribution to a vast array of high-profile organisations.

Frank-Jurgen’s reputation as a thought leader in his field has also seen him become a celebrated author. Over the course of his career, he has written and contributed to a staggering 37 books and many other publications. Often relied upon to provide fascinating insight into Asian business and global business strategies, his speaking engagements have seen him impress audiences at prestigious institutions such as Beijing University, the Royal Institute of International Affairs and Harvard University. Furthermore, his expertise has also seen him appear regularly in the media, having appeared in features by the likes of the BBC, CNN and CNBC.

Undoubtedly one of the world’s most influential business experts, Frank-Jurgen Richter is the perfect speaker for your next event. Providing unrivalled insight into the world’s most pressing business challenges, his speeches are ideally suited to corporate audiences and casual listeners alike.

Contact the Champions Speakers agency to book Frank-Jürgen Richter for your event today. Simply call a booking agent on 0207 1010 553 or email us at agent@championsukplc.com for a free quote.

When he's at corporate events, Frank is known to cover the following topics: 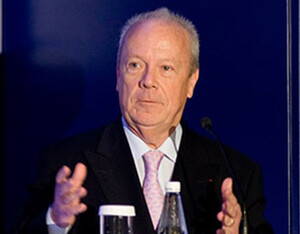 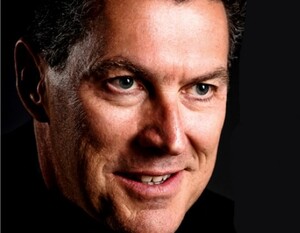