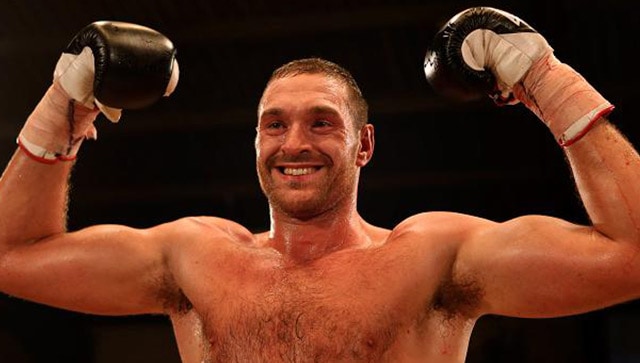 Champions Speakers has booked former British and Commonwealth heavyweight boxing champion, Tyson Fury, to appear at the Springfields Events Centre in Spalding, Lincolnshire, as a guest of the Spalding Round Table on the evening of 21st February next year.
Fury is due to fight fellow British heavyweight, Dereck Chisora, on 22nd November at London’s ExceL Arena. This is the final eliminator for a shot at Wladimir Klitschko’s world title.  The boxer will also address the local Police Boxing Team’s Annual Dinner. Outside of the ring, Tyson is gaining a reputation on the after dinner speaking circuit as an honest, informative and intelligent speaker and so members of the police boxing squad are sure to pick up a few tips from him on the night.