STEM is a field of study that has exploded in both importance and popularity. The group of academic and industrial disciplines make up the backbone of modern innovation, with such advancements as X-rays and radiochemistry being attributed to research from leading STEM experts. Science and technology speakers devote their career to inspiring students, business owners and the general public, to pursue STEM in higher education.

The following are STEM guest speakers at the forefront of their sectors, who are spearheading industry-defining developments and pushing the boundaries of humanity. A role model to young people, their professional development within the STEM industry is a key topic in their public speeches.

What Is STEM & What Does STEM Stand For?

The acronym, STEM, stands for science, technology, engineering and maths. The field of study focuses on the academic teachings of these four subjects in schools and further education, as well as industries in which STEM fields are utilised. With STEM roles destined to grow by 13%, according to the Education Commission, the field of study is more popular than ever.

According to iD Technology, since 1990 the subject has grown by a whopping 79%, reflecting the trajectory of STEM's importance within both academia and a wide range of industries. Despite such popularity, only 0.03% of the 74% of young girls who show an interest in STEM subjects actually pursue the field at a higher level, while only 12% of the engineering workforce come from minority backgrounds. Female STEM speakers, diversity speakers and STEM initiatives are incredibly important in increasing representation within such subjects.

From biology and ecology to chemistry and physics, science speakers discuss the vast and ever-evolving landscape of discovery. With the earliest recorded evidence of Pythagoras Theorem being traced back thousands of years, scientific discoveries continue to influence all areas of modern life. The study of science branches into three main areas - natural science, social science and formal science - meaning that there truly is a speaker for every event.

Female STEM speaker, Angela Lamont, is a popular media presenter and science expert, who has dedicated her career to making STEM subjects more accessible to the everyday person. A Systems Analyst graduate, she pioneered the Science-With-A-Smile programmes that have become immensely popular nationwide. The event is famed for its quirky humour and eloquent discussion of complex subjects, showcasing Angela as a confident public speaker. Angela has received critical acclaim for her shows, even winning a BAFTA and an RTS award for The Physical World, a show which brought the study of science to the masses.

From scientific investigation to the production process, technology speakers have become an integral part of any industry event. With a combination of knowledge, research, evaluation and improvement, technological systems create the foundation for the 21st century. Advancements have improved medicine, economics, education, transport and more, making technological experts key figures in our futures.

Jamie Woodruff is not your typical hacker - he is an ethical hacker. Considered to be a cybersecurity expert, his work is most prevalent during the month of October, which is Cybersecurity Awareness Month. Jamie has the power to change his audience's perspective, influencing the decisions they make online thanks to his insight into malicious attacks. With qualifications in Penetration Testing, his first-hand experience of hacking networks, computers and servers increases the authenticity of his cybersecurity strategies. Jamie has extensive knowledge of cyber weaknesses, making him a key speaker for businesses who wish to improve their defences.

Engineering puts the study of science, technology and maths into practice. Engineering speakers define the process of construction, from buildings to machines, enlightening audiences at events worldwide. Since humans first started inventing, engineering has been a key field of study, dating back to 6000 BC with the first manmade boat. Since then, expert engineers have continued to push the boundaries of creation, using their platform as speakers to inspire others to do the same.

One of the most celebrated women in STEM, Kate Bellingham is a former audio engineer. With a passion for inspiring an interest in the sector, she was the President of the Young Engineers, a programme within schools funded by the BBC, that promoted the study of science and engineering. Additionally, this engineering speaker was also a National STEM Careers Coordinator for the Department of Children, Schools and Families in 2010, a role in which she encouraged young people to pursue STEM, despite their age, race or gender. As a speaker, Kate is an advocate for girls in engineering.

Similarly to the study of science, mathematics has been a core subject for centuries. Used to define the study of algebra, number theory, geometry and mathematical analysis, mathematic speakers shine a light on the repetition of patterns. Maths experts can devise predictions from calculations, which is used to ensure the structural integrity of buildings and investigate phenomenons in nature.

As a Professor of Maths at Oxford University, Marcus Du Sautoy is considered to be a leading expert in mathematics. Having been awarded a Title of Distinction in 1996, Marcus' ongoing dedication to the maths leaders of the future makes him an inspiring mathematics speaker. Marcus is passionate about making mathematics more accessible to the public, believing that everyone is capable of not just understanding the subject, but using it to benefit their own lives. Having published a number of academic works, including The Num8er My5teries, which explore the use of statistics in business, mathematical inventions and the secrets of the internet, Marcus' speaking topics are incredibly insightful.

To book a science speaker or technology speaker for your corporate event, function or conference, simply fill in our online form or call one of our booking agents on 0207 1010 553. Secure your business as a market leader by hiring a leading speaker today, who can discuss topics on cybersecurity, research and evaluation, accounting and more. 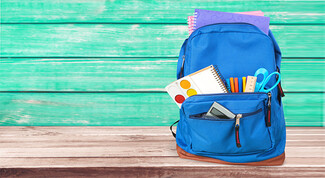