Former business presenter for BBC Breakfast, Stephanie Mcgovern is a common face on British television. She now presents Steph's Talks, a Channel 4 talk show fronted by Steph. From an early age, she won awards for her business innovation, a characteristic which sets Steph apart from other broadcasters.

So, let's answer the question; who is Steph McGovern?

Steph won the Arkwright Engineering Scholarship in 1998. Despite her youth, she was in sixth form college at the time, the award reflected Steph's potential as a future engineering leader. A matter of years later in 2001, she was awarded the Young Engineer for Britain following her work at Black & Decker. Steph was just 19 years old when she proposed an idea to improve production techniques for the Leaf Hog, a business strategy that saved the company over £150,000 a year.

Continuing her education, Steph attended University College London to study Science Communication and Policy. Within the Department of Science and Technology Studies, she developed a foundation of knowledge that aided her career in broadcasting. In 2013, after establishing herself as an influential television figure, she received an Honorary Doctorate by Teesside University.

Starting on BBC's Tomorrow's World, Steph's first experience of on-screen media was through work experience. She impressed producers, who then offered her a role in researching current affairs. Steph quickly rose through the ranks to become a producer on BBC One, Six, Ten O'Clock news bulletins and Radio 4's Today.

During the 2010s, she prospered in a number of roles, on both mainstream and children's television. Her work on BBC Radio 5 Live's Wake Up to Money and On The Money, as well as BBC Breakfast, she enjoyed her first presenting roles. This then led to her presenting Pocket Money Pitch on the children's channel, CBBC.

Steph found fame on BBC Breakfast, BBC Watchdog and Shop Well For Less. As a co-host, she quickly connected with audiences who fell for her relatability. Her shows mainly centred around current affairs, business responsibility and finance, giving a voice back to the consumer. On Shop Well For Less, Steph and co-host, Alex Jones, tour the country to help families take back control of their everyday finances.

In October 2019, following the birth of her first child, Steph stepped down from her role on BBC Breakfast. Prior to this decision, she had spent close to a decade as one of the main presenters, gracing Britan's screens on a daily basis. Steph credited the success of the show in an interview to the hardworking "family", including all cast and crew behind the scenes.

The former BBC Breakfast star was evidently emotional on here last day, gratefully accepting a tissue from co-host, Louise Minchin. From interviewing primary school children to being chased by pigs on a farm, her role took her across the country to bring the news to the nation.

Steph now presents Easy Ways to Live Well with Hugh Fearnley-Whittingstall, a show that offers advice for viewers wishing to be fitter. Using herself as an example, she inspires audiences to value their own health. In spring 2020, she will present her debut show, Steph Talks, taking the well-deserved spot as lead presenter on her own programme.

An expert on economics, business, industry and current affairs, Steph is the ideal speaker for a wide range of events. Whether she is appearing as an event host or motivational speaker, audiences are enamoured by her down to Earth nature and northern charm.

To book Steph McGovern for your event, simply contact us by filling in our online contact form or by calling a booking agent directly on 0207 1010 553. 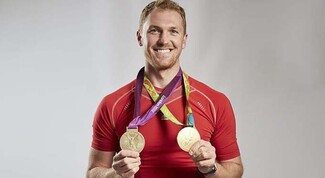