New ‘Power 30’ List Of The Most Influential Women On TV 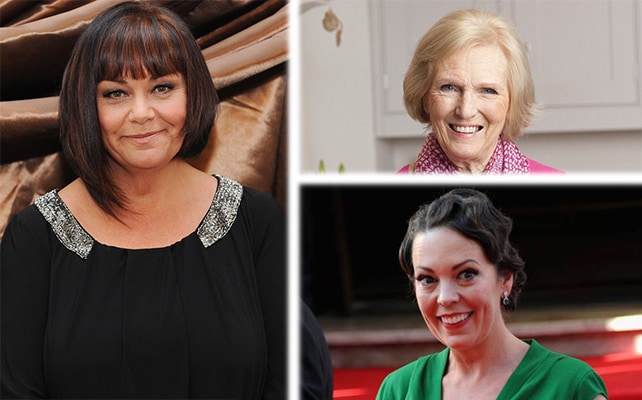 The Radio Times yesterday published a ‘Power 30’ list of the most influential women in contemporary British television and gave us an interesting snapshot of how prominently females now figure in our popular culture. The list featured 16 women familiar to us all due to their on-screen appearances and 14 lesser known individuals from behind the scenes, responsible for the likes of commissioning, production, writing and creative vision.

Champions Speakers have a vast array of engaging female TV presenters and actresses ready to light up your corporate event and so, with that in mind, we take a look at some of the most visible movers and shakers on today’s British TV landscape.

Topping the list is award-winning actress, Olivia Colman, who has shown her adaptability in the comedies Twenty Twelve and That Mitchell And Webb Look, and in the drama Broadchurch. She is joined by Mary Berry, who has risen from near obscurity in the popular Great British Bake Off, and sports presenter, Clare Balding. The world of comedy is well represented, the presence of old partners, Julie Walters and Victoria Wood alongside Dawn French testament to the enduring influence of well-established stars.

Younger comediennes, Sarah Millican and Miranda Hart, have made this list alongside Kirsty Wark, the long-serving face of Newsnight and its sister programme, The Review Show. The actress, Sheridan Smith has come a long way since Two Pints of Lager, the list reflecting her status as arguably Britain’s busiest actress, and she is joined by the legendary Joanna Lumley and Sarah Lancashire who has impressed us all recently in Happy Valley and Last Tango in Halifax.

Encouragingly, in an era when many complain of the ‘dumbing down’ of television, academia has a presence on the ‘Power 30’. The classicist, Mary Beard, has come to the fore with her excellent Pompeii and Meet The Romans documentaries and has been applauded for the manner in which she deals with internet trolls.

The intelligent Claudia Winkleman also makes the list for her work on the BBC’s Film 2014, The Great British Sewing Bee and Strictly Come Dancing, on which this season she will co-host alongside Tess Daly following the retirement of Bruce Forsyth. Some have, however, shown their surprise at the absence from the list of Daly herself.

To book a female TV presenter, actress or a celebrity chef, contact Champions Speakers on 0207 1010 553 today.