New Look England Have the Taste for Victory 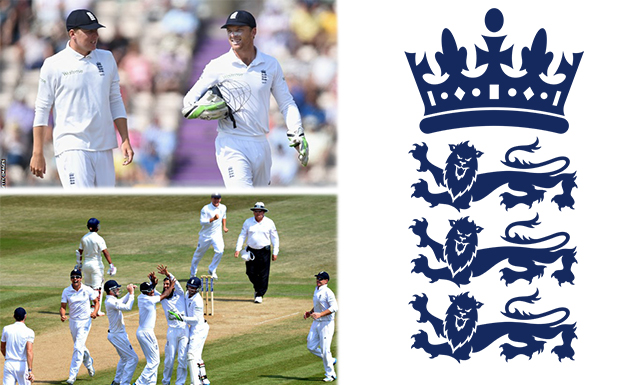 Long suffering fans of English cricket were rewarded on Thursday 31st July when the team clinched their first Test victory for over a year against the Indians at the Rose Bowl in Southampton. Fans will be buoyed too by the return to batting form of captain, Alastair Cook, following his most intense spell of pressure since taking the helm, and the emergence of spinner, Moeen Ali.

The Champions Speakers agency has access to a wonderful set of sports speakers, all ready to lend their insight to your event. Our coterie of cricket experts is particularly strong so we thought it only right to tip our hat to England’s nascent revival.

This England 266-run win levels the five match series at 1-1 with two matches remaining and is Team Coach Peter Moores’ first Test victory since returning to the job in April of this year. The result was particularly satisfying for all involved as the team is in transition and features six players who were yet to taste success in an England Test shirt.

England got off to a great start piling on 569 in their first innings before declaring and getting into the Indian openers. Cook initially set the tone with a fine 95 that answered critics currently questioning not only his captaincy but also his place in the side after a poor run of form. His knock was then surpassed by centuries from Gary Ballance and Ian Bell who scored 156 and 167 respectively.

Jimmy Anderson and Stuart Broad restricted the Indians to 330 first innings runs, despite spirited resistance from Rahane and MS Dhoni in the middle order, and the momentum was all with the English. Choosing not to enforce the follow-on, Cook knocked off a quick 70 not out, ably assisted by Joe Root and, again, Ballance, before declaring at 205 to set the tourists a tricky 445 target.

Moeen Ali then took centre stage. The Worcestershire off-spinner, in only his fifth Test, took career best figures of 6-67 as he bamboozled one Indian batsmen after another. Anderson subdued the Indians at the other end to finish with 2-24 as England skittled their opponents for 178 on the final day.

Such a complete win takes much of the pressure off both Cook and Moores but they will need to maintain the momentum through the next Test at Old Trafford to avoid a series defeat and yet more opprobrium from press and pundits. That said, this new-look England side now have the taste for success and will be hungry for more.

To book cricket’s greatest ever all-rounder, Sir Garfield Sobers, or any one of our fantastic stable of cricket speakers for your corporate occasion, fill out our online form or call Champions Speakers on 0207 1010 553.