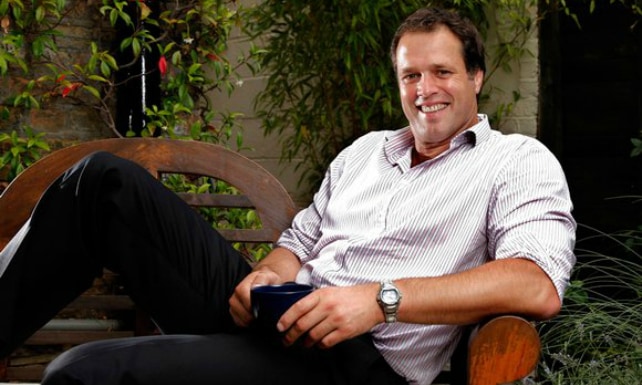 The 49-year-old former lock forward, who also played for Northampton Saints and Bedford Blues, was promoting the launch of a children’s book written to help raise money for Birmingham Children’s hospital.

‘The Unstoppable Maggie McGee’, written by Juliet Clare Bell, has been published by Wesleyan, a Birmingham-based financial mutual, as part of a campaign to raise £750,000 for the hospital’s Magnolia House appeal.

Inspiration for the book was taken from one of the children that Juliet met on her visit to the children’s hospital as well youngsters from the local King’s Heath Primary School.

Guests heard Juliet explain how the story developed before 13-year-old Callum Reid, the inspiration for the eponymous main character of the book, read the book to a spellbound audience.

Illustrated by Coventry artist Dave Gray, the book tells the story of Maggie and her best friend Sol as they use their imaginations to escape the confines of the hospital to go on adventures.

Martin was on hand to host the event and deliver his good-natured, friendly wit in front of a friendly audience, and thanks in part to his wonderful demeanour and natural style on stage, the evening was a resounding success.

A wonderful host and after dinner speaker, Martin is a consummate professional in front of a large audience thanks to his extensive work as a TV presenter.

Happy to interact with the audience, he ensures listeners feel part of his story whilst guaranteeing everyone enjoys themselves with the use of well-judged wit and humour.

To book rugby veteran Martin Bayfield to act as an event host or after dinner speaker with Champions Speakers, simply fill in our online form or call us on 0207 1010 553 today.