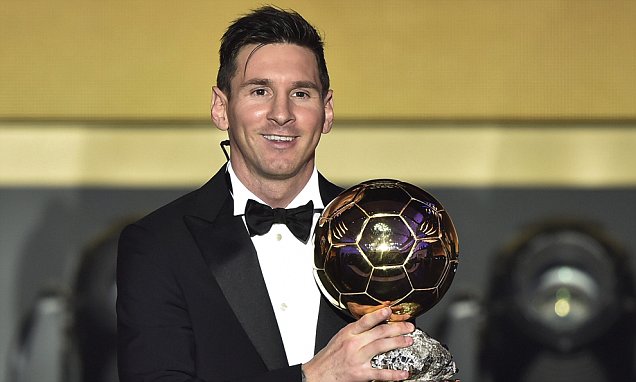 The finest players and coaches in soccer congregated in Zurich on Monday 11 January as the Ballon d’Or came to town aiming to crown the finest footballing achievements on 2015.

As with the last four editions, it was once again a two-horse race between Lionel Messi and Cristiano Ronaldo, two of the finest players of all time, and for whom playing in the same era may be seen as a curse for them, but it’s a blessing for football fans everywhere.

In the end the award went to the Barcelona and Argentina man, his fourth gong since the Ballon d’Or was merged with the FIFA World Player of the Year prize and fifth overall, compared with Ronaldo’s three.

Other winners include United States midfielder Carli Lloyd, who scored a hat-trick in the Women’s World Cup final against Japan to give her side victory, Jill Ellis, the USA manager, Barcelona boss Luis Enrique, Atletico Goianiense's Wendell Lira and ‘every football club and organisation supporting refugees’.

Kevin Keegan OBE is the most successful British footballer in terms of the highest individual accolades, having won two Ballon d’Or prizes in 1978 and 1979 while playing for Hamburg. The highest-paid player in Germany at the time, he helped the Red Shorts to the league title in 1979 and the final of the European Cup a year later.

In that game, Hamburg were denied by Nottingham Forest, who had also won Europe’s top team trophy a year earlier. Peter Shilton OBE was the man in goal for Brian Clough’s side in that game, and he also helped the Reds to the 1978 First Division and the 1979 League Cup.

To book Kevin Keegan OBE or Peter Shilton OBE to discuss their careers in football and following retirement, or alternatively to find out about all our football speakers, contact Champions Speakers by filling in our online form or calling us on 0207 1010 553 today.