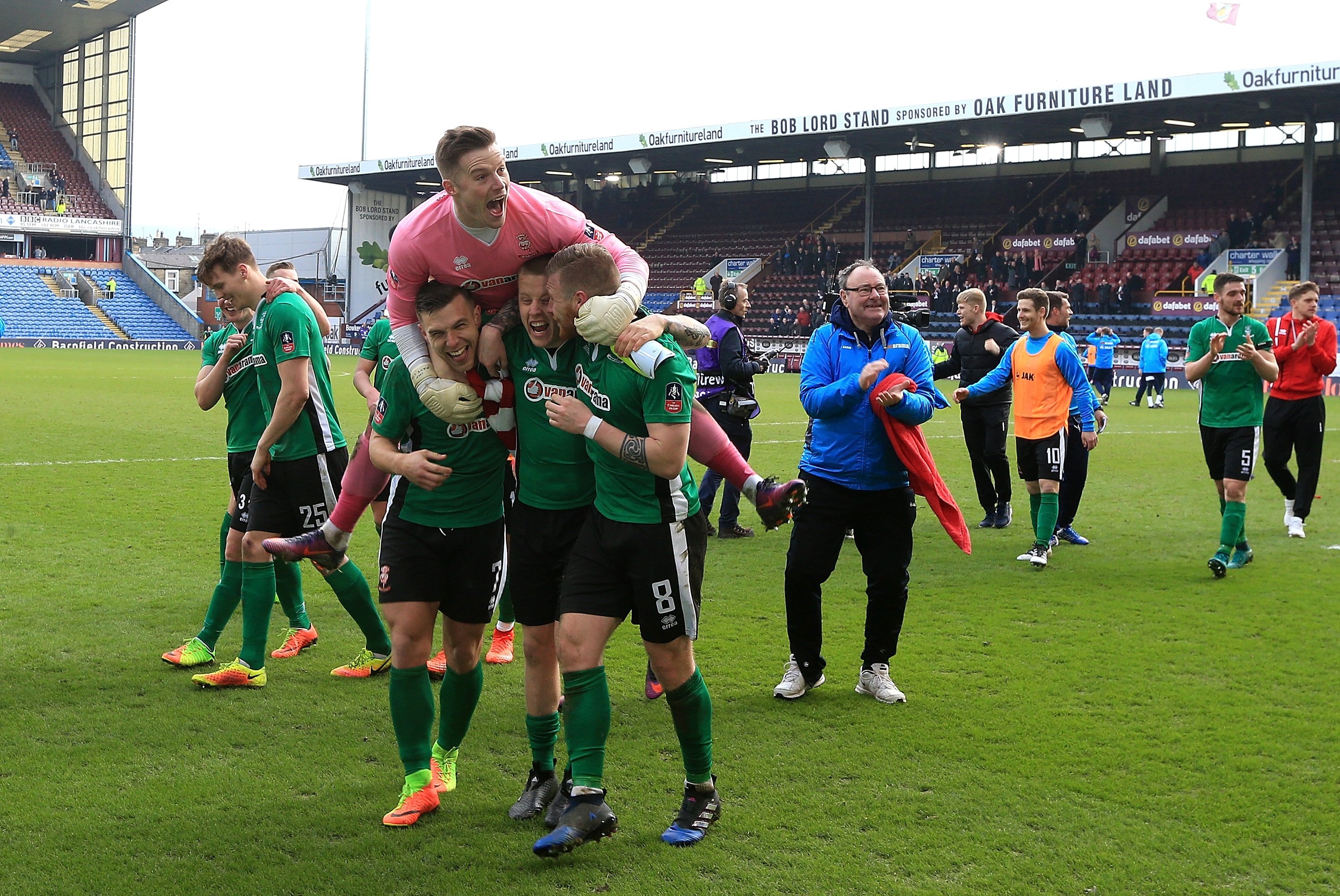 The FA Cup is one of those competitions where the romance lies in the shocks. Where the underdog can overcome the favourites. Where the teams with the biggest budgets can be overcome by the part timers. For Lincoln City, their FA Cup fairy-tale got even better on Saturday, when they became the first non-league side for 103 years to reach the FA Cup quarter-finals.

The sides 1-0 win away at Premier League side Burnley has been described as a ‘footballing miracle’ by Imps boss Danny Cowley, who himself was a PE teacher 12 months ago. It is the first time in Lincoln’s 133-year history they have made it this far in the competition and in the next round they have been drawn against the winner of fellow non-leaguers Sutton United or record 12 times winners Arsenal.

At Turf Moor on Saturday, Lincoln’s travelling supporters were treated to one of the greatest moments in the club’s history, as defender Sean Raggett headed in the winner to become the first non-league side since QPR in 1914, to reach this stage of the competition. Manager, Danny and his brother and assistant, Nicky Cowley, even featured on Match of the Day on Saturday night alongside pundits John Hartson and Trevor Sinclair to praise the team.

Danny said “It is a great day for us and the football club. I am immensely proud of the players and they probably do not understand what they have achieved.” The club’s achievement has made global news and has seen the likes of Gary Lineker and Gary Neville praise their efforts on social media.

Marvellous. Lincoln City become the first non league side to make the 6th round of the FA Cup in modern times. History is made.

Despite the hysteria surrounding the cup, the club are also somehow managing to stay focused on their other engagements, they currently sit top of the National league with any away trip to North Ferriby on Tuesday night and come up against Boreham Wood, in the quarter-finals of another FA competition this weekend in the FA Trophy.

With a lot of debate in recent weeks on the importance of the FA Cup, with some of the bigger sides being criticised for fielding weakened teams, try telling Lincoln that the magic of the cup is dead! As Nicky Cowley said “The magic of the cup is still alive where we live. If it's a football miracle, then we will take that.”

Here at Champions Speakers, we have a whole host of football speakers who have experienced the exhilarating highs and the devastating lows of the oldest cup competition in the world. To book one of our excellent football speakers for your event or conference, simply complete our online form or call us directly on 0207 1010 553.