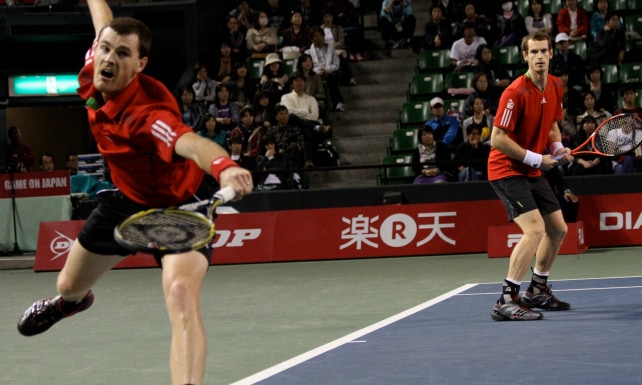 Despite these statistics, the Dunblane-born superstar was actually pipped to an All-England Club gong by older brother Jamie, who became Wimbledon’s mixed doubles champion in 2007 – six years prior to Andy’s singles win – alongside Jelena Jankovic.

Now, thirteen years after making his first tentative steps on the senior men’s tour, Jamie will claim sibling bragging rights once again when he is crowned world No 1 next Monday.

Marcelo Melo, the current world No 1, will be overtaken by Jamie as a result of the Brazilian’s second-round loss in the Miami Masters.

Melo and his partner, Ivan Dodig, were beaten 7-6, 6-4 by Treat Huey and Max Mirnyi, just 24 hours after Murray thought his latest chance of claiming top spot had slipped away with his own early exit from the Miami tournament.

Since the launch of the world rankings – the men’s system was set up in 1973 and the women’s two years later – three Britons have been No 2 but there has never been a British No 1 – until now.

Champions Speakers are able to provide after dinner and keynote speakers who can divulge a bevvy of inspirational anecdotes on record-breaking sporting success.

One such example is Peter Shilton OBE, the most capped England player of all time. With 125 appearances in the Three Lions shirt and three World Cup campaigns under his belt, he came within a penalty shootout of making the final of the 1990 World Cup – the closest England have come since winning it outright 50 years ago.

He also helped Nottingham Forest, previously seen as a provincial club, to unprecedented heights in English and European football, by clinching the First Division title in 1978 – just one year after promotion – and back-to-back European Cups in 1979 and 1980.

To book Peter Shilton OBE as an after-dinner speaker with the Champions Speakers agency, please fill in our online form today or call us on 0207 1010 553.