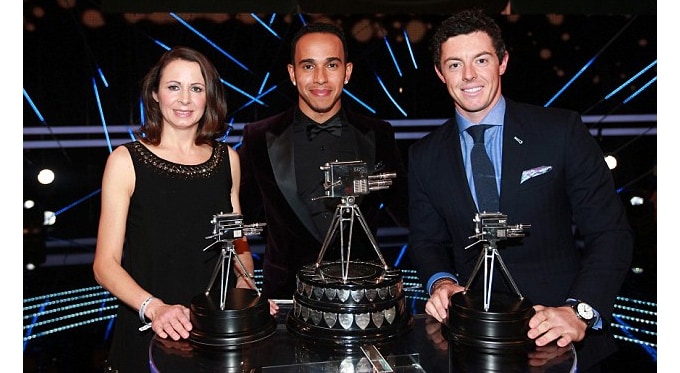 Hamilton has twice finished runner-up in this competition but he proved to be the public’s favourite sportsman of the year after winning 11 races in an incredible season. His 33 career victories are the most of any British driver in history, and he becomes the fifth racing driver to take home the title after Damon Hill, Nigel Mansell, Sterling Moss and Sir Jackie Stewart.

Many people thought that McIlroy would win this year’s title after back-to-back Major wins in 2014 at The Open and the PGA Championship which saw him become the first European golfer to win three separate Majors. He will be looking to complete a career Grand Slam when he travels to Augusta in April 2015 for the Masters.

Jo Pavey also had an incredible year after becoming the oldest-ever female European athletics champion at the age of 40 years and 325 days.

Ultimately it was Hamilton who won the coveted title and the F1 champion was delighted with his win, commenting: "I want to say a huge thank you to all the people who called in, I really wasn't expecting it. I am so speechless. I'm so proud and honoured to be among such great sporting talent."

To book one of our fantastic sports speakers for your upcoming corporate event, fill out our online form or call Champions Speakers on 0207 1010 553.