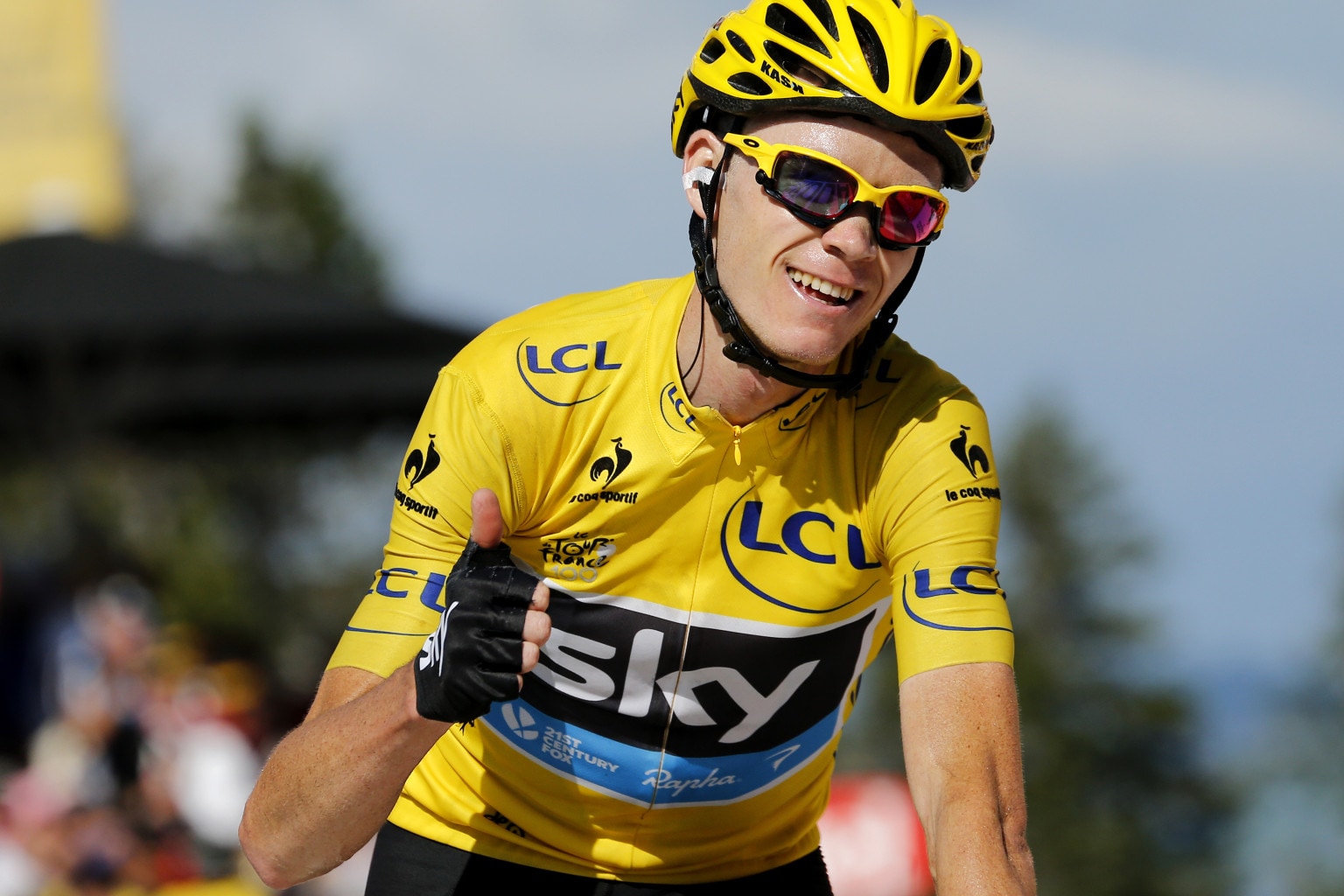 Of course, we always knew we had it in him, despite the huge controversy that surrounded the race and the top quality competition that was forever at his shoulder, including the Colombian Nairo Quintana and the Spaniard Alejandro Valverde.

The 102nd Tour de France began in Utrecht on 4 July and finished in Paris on 26 July. While Chris completed the race in 84 hours, 46 minutes and 14 seconds, Quintana was just 1 minute and 12 seconds behind and Valverde 5 minutes and 25 seconds back.

It is widely acknowledged that Froome stamped his authority on the race during stage 10, when he “destroyed” the competition to be the clear winner on the day and increase his overall lead at that point to almost three minutes. After that, it was a question of fighting off incredibly tough challenges from Quintana, Valverde and the German Andre Greipel – but that’s what champions are made of!

Chris’ fellow Team Sky rider Geraint Thomas, who was in the Team GB Olympic cycling squad alongside Chris and Sir Bradley Wiggins, finished 15th after at one stage sitting in fourth position. This was a phenomenal performance since the Welshman finished last year's race in 22nd place. Also at one stage in the race he hit a telegraph pole after a nasty crash but the BBC nicknamed him “Granite Thomas” and said he was “gritting his teeth like a champion”. Thomas said that Team Sky had been strong and “communicating really well”.

Chris Froome said of his historic victory: “It's been a long road to reach this second win, step by step. So many things have happened since we started in Holland. It's been stressful. We've had to fight, on the bike and off the bike. Winning the Tour de France once is incredible. To be here a second time means a lot.”

The “absolutely unshakable” Froome was praised by international sports reporters for his excellent bike-handling skills, especially on the 16km descent from the Col d’Allos mountain pass where he reached speeds of 60kph on the challenging bends. Ex-champion Alberto Contador fell badly on the same descent.

Both Chris Froome and Geraint Thomas have some incredible tales of perseverance and know all about achieving peak performance. Their experiences make them ideal candidates for adding some star quality to your next event. To book them or any of our other top-class Olympic speakers, fill out the online form or call Champions Speakers on 0207 1010 553.