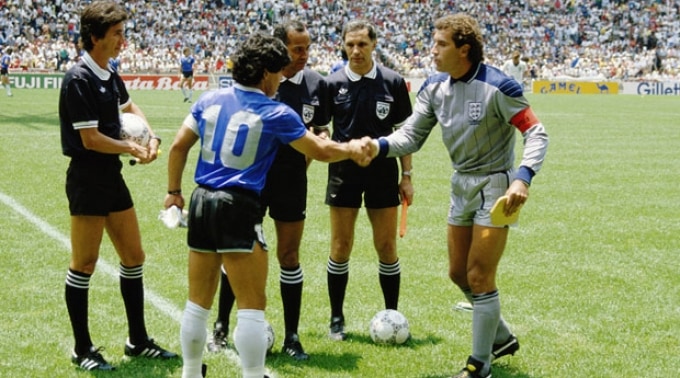 With Euro 2016 fast approaching, expectations and hopes could not be higher in the British Isles following sensational qualifying campaigns for all but one of the Home Nations.

Wales and Northern Ireland will be playing in their first ever European Championships, while the Republic of Ireland has secured a playoff berth from a hard group which included world champions Germany – whom they beat – and a resurgent, Robert Lewandowski-inspired Poland.

Meanwhile, England have steamrollered through their group, winning all ten of their games, scoring an average of more than three goals a game, and conceding just three – no other team in UEFA can boast a hundred percent record in qualifying.

When it comes to Three Lions legends, none are more established and consistent than Peter Shilton OBE. The illustrious goalkeeper, who notched up more than a hundred appearances for no fewer than five major clubs, is England’s all-time record appearance holder.

Making his debut in 1970, Peter played for England for an incredible 20 years and was part of history on a number of occasions for his national side, including the infamous 1986 World Cup defeat against a cheating Argentina side and the Three Lions’ majestic march to the semi-finals at Italia 90.
In those two decades, he notched up an incredible 125 caps, his century coming at Euro 88 against eventual tournament winners the Netherlands, and overtook Bobby Moore’s tally of 108 a year later.

A legend of the game and veteran of well over a thousand games, Peter has seen it all and done it all in football, racking up a multitude of trophies along the way. As an after dinner speaker, he will draw from his vast repertoire of anecdotes to enthral and entertain any audience.

To book England hero Peter Shilton OBE as a football speaker with the Champions Speakers agency, please fill in our online form today or call us on 0207 1010 553.