After 119 appearances and a record breaking 53 goals, Wayne Rooney announced yesterday that he is retiring from international football after a phenomenal 14 years at the top. Breaking onto the international scene as a 17-year-old Rooney’s England career has seen a mixture of highs and lows. From setting the world alight at Euro 2004, to being sent off at the 2006 World Cup, there is no question that he has dominated headlines throughout his England career.

However, despite the accusations that he tended to disappoint when it came to competing at major tournaments, he always gave his all every time he pulled on an England shirt. This was reflected by the record-breaking 53 goals he scored for the team, four more than Sir Bobby Charlton managed. 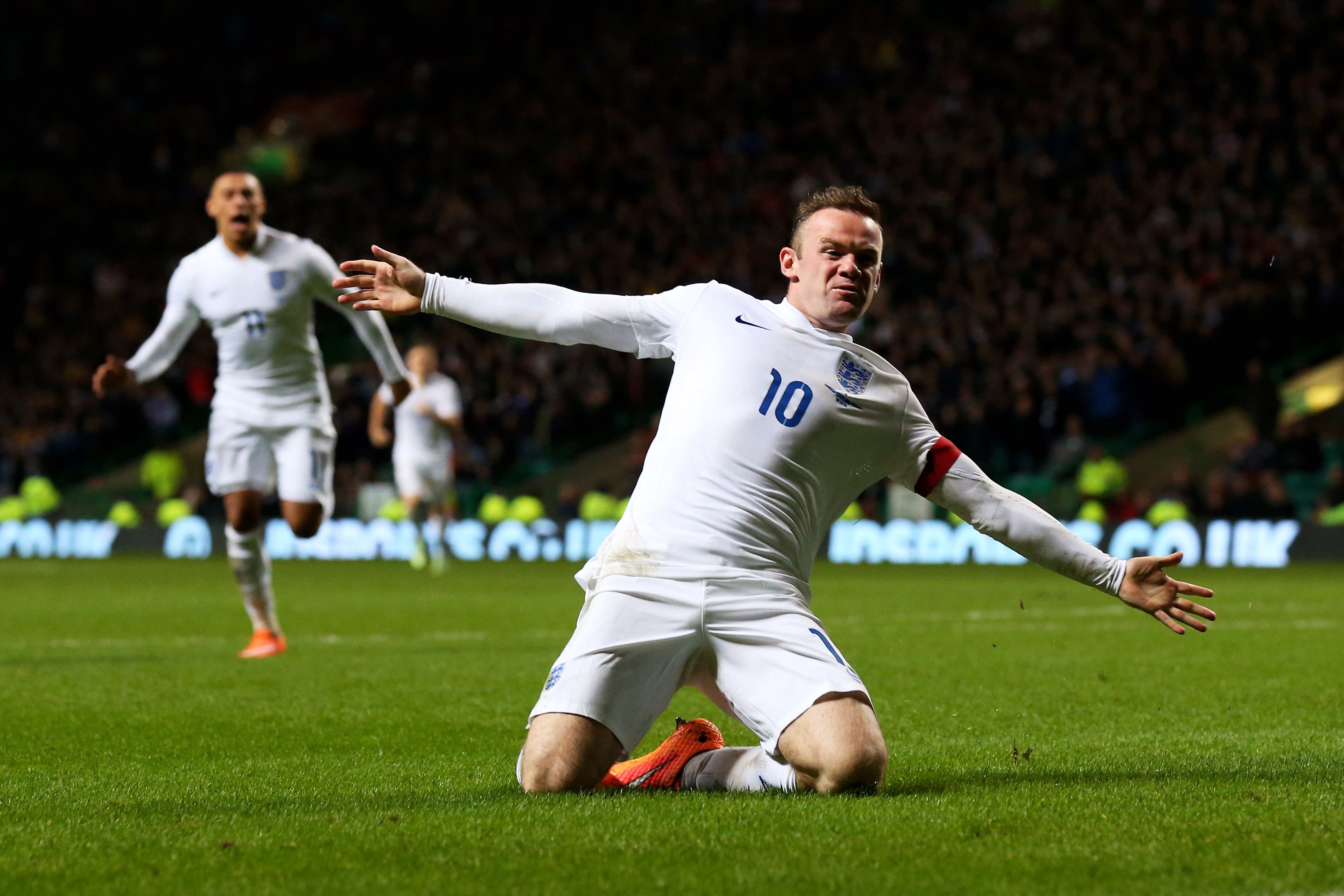 After bursting into the spotlight as a 16-year-old with Everton Rooney was quickly heralded as a future star and it wasn’t long until he caught the attention of then England manager Sven-Goran Eriksson. In 2003 during a friendly against Australia he became the youngest ever player to represent England aged 17 years and 111 days. His first goal for his country came a few months later in a European Championships qualifier against Macedonia-a sure sign of things to come!

Showing glimpses of what he was capable of, Rooney really announced himself on the world stage during the 2004 European Championships in Portugal. He was a prolific goal scorer as England advanced to the knockout stages scoring four times in three games. Injury against the hosts Portugal as England lost on penalties left a sense of what could have been, but his performances still earned him a place in the UEFA Team of the Tournament. His excellent form at the tournament earned him a move to Manchester United in the summer of 2004.

Beyond Euro 2004 Rooney’s goal scoring form at major tournaments was disappointing for a man of his ability. However, he still gave his all for his country in every match. At the 2006 World Cup in Germany he was in the thick of the action for the wrong reasons. In a repeat of the European Championships quarter-final two years previously, England again found themselves up against Portugal. Unfortunately, he ended up being given a red card in the second half following a stamp on Ricardo Carvalho. After he was sent off his Manchester United teammate and Portugal star Cristiano Ronaldo was seen winking to the bench causing speculation the team had planned to try and get Rooney to lose his temper.

He had to wait until in 2012 for his next tournament goal when he hit the winner against Ukraine in the European Championships which helped England to progress to the knock-out stages. His one and only World Cup goal came against Uruguay at the 2014 World Cup in Brazil as England were defeated 2-1. At the 2016 European Championships in France Rooney scored a penalty as England were knocked out 2-1by Iceland in what turned out to be his final tournament goal.

Following Steven Gerrard’s retirement from international football in 2014, then England manager Roy Hodgson handed Rooney the armband. It was not the first time he had captained his country, in 2009 he lead England in a friendly against Brazil but upon being given the honour on a permanent basis he said: “It is something I will take massive pride in doing. To be appointed captain is beyond my wildest dreams. "

His first match as captain came in a friendly against Norway where he typically got on the scoresheet with a penalty in a 1-0 victory. His role as captain saw him demonstrate his incredible leadership qualities and he introduced regular player only meetings so that players could discuss amongst themselves how to improve. 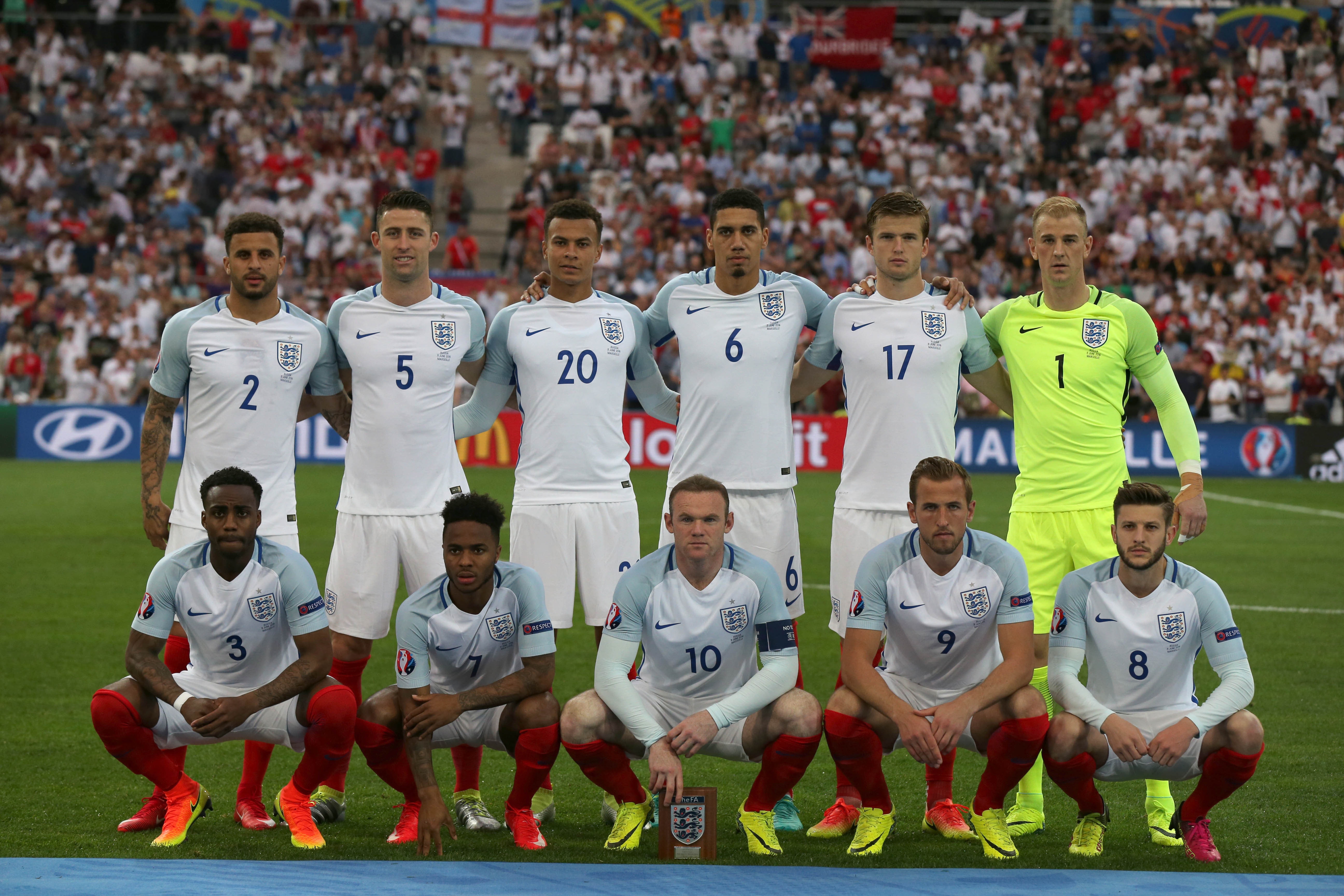 From his international debut as a 17-year-old he began breaking records and this was a theme that has followed him for both club and country. In 2014, he earned his milestone 100th cap in a qualifying match against Slovenia and then in 2016 in a match against Slovakia he overtook David Beckham OBE to become England’s most capped outfield player of all time. Overall, he has 119 caps to his name only legendary England goalkeeper Peter Shilton OBE has more with 125. His final England appearance came in November 2016, a 3-0 win against Scotland.

However, it is his goal scoring ability that he will be best remembered for. A fantastic finisher pundits and fans alike had been wondering whether he could be the man to break Sir Bobby Charlton’s record of 49 goals which had stood since 1970. On 8 September 2015 Rooney broke this record scoring a penalty against Switzerland. His final goal for England came in that 2-1 loss to Iceland at Euro 2016 and he retires with an outstanding record 53 goals.

So, what’s next for Rooney now he has announced he won’t be representing the three lions again? In July of this year he returned to his boyhood club Everton who he departed 13 years ago to join Manchester United. He returns having won every trophy available to him in club football and has shown signs of recapturing the form that made him a star to begin with after two goals in his opening two games. Everton manager Ronald Koeman hopes that his retirement from international football means he will have more time to focus on Everton as they hope to better last year’s Premier League campaign and break into the top six.

Here at Champions Speakers agency, we have a whole host of football stars who can provide their expertise on the latest issues in the game. For booking information contact us via our online form or by calling us on 0207 1010 553.