Dragons’ Den: Where Are They Now?

Since it first hit British screens back in 2005, Dragons’ Den has become one of the most popular television programmes in the country. Seeing budding entrepreneurs present their business plans and ideas to some of the UK’s most successful business personalities in the hope of gaining investment, the show has seen millions of pounds invested in companies over the last decade.

Some of the entrepreneurs who found fame on the show thanks to the dragons’ backing have gone on to achieve big things in the world of business. Here at Champions Speakers agency, we have a whole host of former Dragons’ Den stars who are ideal for a wide range of speaking events.

The man who introduced Reggae Reggae Sauce to British supermarkets, Levi Roots is a business man and a keen musician. Before developing his now world-famous sauce, Levi was a reggae artist who was even nominated for a MOBO award.

In 2006 he sold 4,000 bottles of his delicious jerk barbecue sauce at the Notting Hill Carnival, before appearing in the den a year later. Levi was a huge hit on the show and gained a £50,000 investment from Peter Jones and Richard Farleigh. Since then he has gone from strength to strength, continuing to develop his sauce range which can now be found in supermarkets across the UK. Levi’s wealth is now believed to be in excess of £35million and is able to discuss his successful career at all of his speaking events. 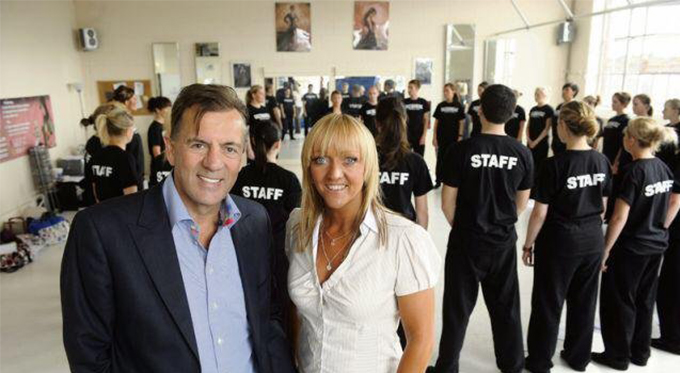 Denise Hutton-Gosney made history on Dragons’ Den in 2007 as she became the first entrepreneur to be given all of the money she wanted as she received £50,000 from Duncan Bannatyne OBE. Her business plan surrounded the UK theatre school chain, Razzamataz Theatre School.

The school was formed in 2000 and offers young people the chance to learn dance, drama and signing skills and has grown significantly over the years with 50 different schools now operating throughout the UK. At all of her events Denise is able to discuss her partnership with Bannatyne and her business plans for the future.

Now, not everyone who goes on Dragons’ Den is a success, more often than not entrepreneurs leave the den with no money. This does not mean they are destined to be a failure, as Rob Law MBE knows only too well. The founder of Magmatic ltd, the company who created the much-loved suitcase brand Trunki, did receive an offer from Richard Farleigh but chose to reject it.

At all his speaking events Rob is able to demonstrate how he bounced back from his rejection in the den and go on to be successful. 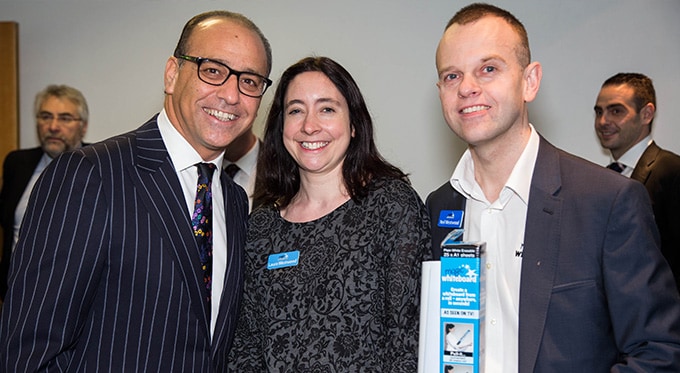 Husband and wife team Neil and Laura Westwood are the entrepreneurs behind The Magic Whiteboard’. The duos’ company which creates reusable white board products, has sold over a million units in 23 different countries since appearing on the show.

The dragons were also impressed, with four out of five of them offering to invest in the product with Neil and Laura eventually deciding to accept the joint £100,000 offer from Theo Paphitis and Deborah Meaden.

To book a Dragon's Den speaker that has appeared on the famous BBC show, simply get in touch with the Champions Speakers agency by filling in our online contact form or by calling a booking agent directly on 0207 1010 553.