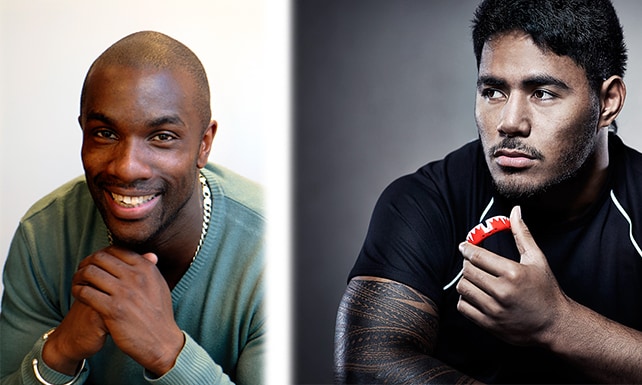 The Butterwick Hospice Sportsman’s Dinner will take place at Hardwick Hall, an Elizabethan country house in the Derbyshire countryside, also showed the first match of the Rugby World Cup, as hosts England take on Fiji.

A registered charity, Butterwick Hospice strives to care for as many people as possible of all ages who are living with a progressive life-limiting illness, and all of their services at their three centres are provided free of charge to those diagnosed and to their loved ones.

Manu Tuilagi, the event’s after dinner speaker and match commentator, is one of the brightest prospects in world rugby and, at just 24 years old, is tipped to shine in next year’s Aviva Premiership with Leicester Tigers and in the Six Nations for England.

Event host and entertainer Derek Redmond, meanwhile, is a British sporting great, having held the British record for the 400 metres sprint, won gold medals in the 4x400 metres relay at the World Championships, European Championships and Commonwealth Games, and captured the world’s imagination with his emotional father-son struggle to the finish line in the 1992 Olympics.

To book Manu Tuilagi or Derek Redmond to host your event with the Champions Speakers agency, or to enquire about all our after-dinner and keynote speakers, please fill in our online form or call us on 0207 1010 553 today.