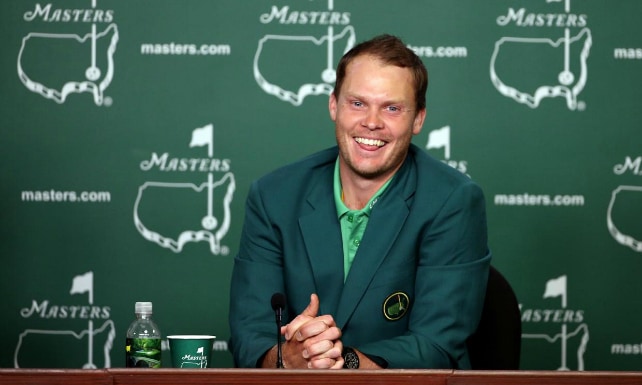 2016 is just a few months old and already we have witnessed, or are witnessing, a number of seismic sporting shocks. We have seen Leicester City leading the Premier League and on the verge of a historic championship win, as well as the West Indies hitting four sixes in a row to snatch the Twenty20 World Cup from England’s grasp.

The world of golf has also thrown up a major shock, with the previously unheralded Danny Willett pouncing on Jordan Speith’s capitulation to win the Masters – Britain’s first in two decades.

On the final day in Augusta, the 28-year-old was a model of composure as he claimed the glory on five-under, three clear of Lee Westwood and Speith – the latter five clear after nine holes but three behind three holes later.

At Champions Speakers we are proud to count one of Britain’s finest golfers as our client. Tony Jacklin CBE broke every performance record in British history by the age of 26, winning three Ryder Cups, the US Open and the Open Championship.

The son of a lorry driver, Tony became one of the largest golfing stars of his time despite his modest upbringing in Scunthorpe. He won eight European Tour events in total throughout his career alongside numerous victories in America, South America, Africa and Australasia.

Tony is best remembered for his involvement in the Ryder Cup, playing six times and captaining four times for the Great Britain and Ireland team. He played a part in one of the most historic moments in golf history – “The Concession” of 1969 alongside Jack Nicklaus.

The perfect motivational speaker for your sports event, Tony Jacklin CBE can be hired as an auctioneer, guest host or after dinner speaker. Contact Champions Speakers today by completing the online form or by telephone on: 0207 1010 553 today.