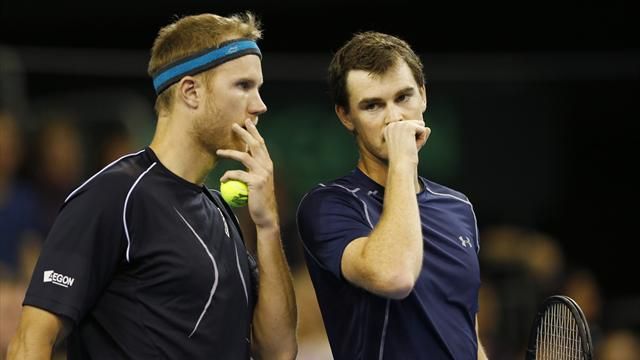 Champions are delighted to announce that we are sponsoring Great Britain doubles tennis star Dom Inglot for their crucial Davis Cup semi-final clash against Australia.

The current British No. 2 in doubles, Dom has won five ATP Challenger Tour events and four ATP Tour titles during his career. Fresh from his best ever Grand Slam campaign after he reached the US Open men’s doubles semi-final with his partner Robert Lindstedt, Dom will be out on court with Jamie Murray in Saturday’s all-important doubles clash.

The British team will face a tough task as they aim to defeat a strong Australian side, led by two-time Davis Cup winner Lleyton Hewitt, and guide the British team to their first final since 1978. With Leon Smith captaining the side, Dom will be joined in the team by Andy and Jamie Murray, and Dan Evans. Thousands of fans will be pouring into the Emirates Arena in Glasgow to cheer on the home side.

We have a wide selection of sports speakers on this website. If you are interested in booking a Tennis speaker for your event, please get in contact with our team by either filling out the online contact form or ringing 0207 1010 553.