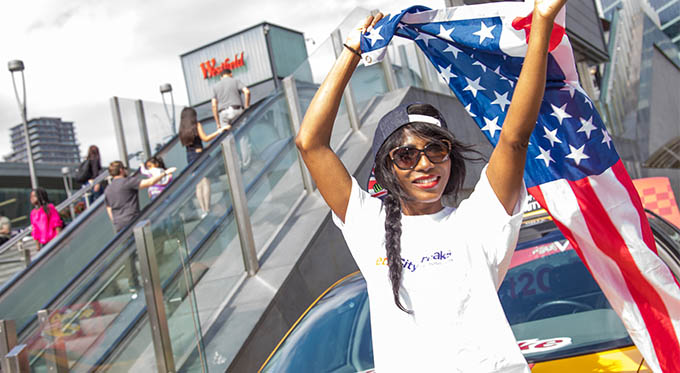 In an ongoing collaboration to promote popular British airline Jet2’s international holidays, Champions Speakers have paired the brand with numerous famous faces from the world of entertainment. This includes Irish boyband stars, Brian McFadden and Keith Duffy aka Boyzlife. The pair created the band on the back of their respective successes with Westlife and Boyzone and their instantly likeable and hilarious personalities were perfect for a campaign which saw them hilariously recreate Jet2’s television advertisements.

The adverts were then shared on social media with more than 110K users viewing the videos on Jet2’s Facebook and Twitter platforms making the campaign a huge success.

As well as this, Gogglebox and I’m a Celebrity… Get Me Out of Here! star, Scarlett Moffatt, took part in Jet2’s ‘Through the Keyhole’ campaign in Majorca. This saw social media users have to guess Scarlett’s identity through a range of clues. Those who guessed correctly had the chance to win a holiday courtesy of Jet2 Villa Holidays.

Pop sensation, Sinitta, took part in an event that saw her sing karaoke hits in a signature New York taxi to celebrate the airline’s first out of Europe flight to New York. The series which was titled, Cabaoke, was a huge hit on social media being viewed more than 270,000 times on Facebook.

Children’s television presenters, Dick & Dom also worked alongside the brand on their ‘Ultimate School Trip.’ This saw them fly school children out to Majorca’s Sol Katmandu resort, where they were treated to educational workshops hosted by various famous faces. 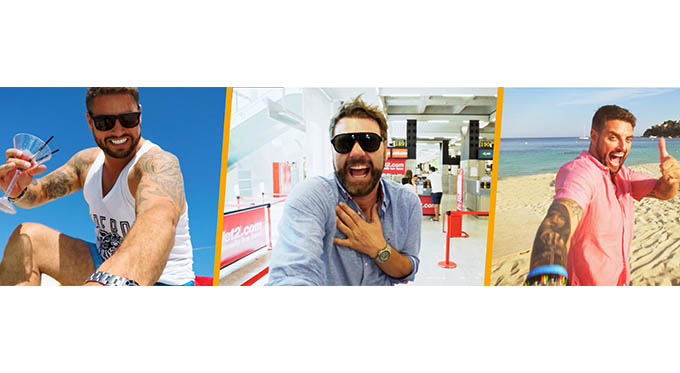 If you would like to book any of our renowned speakers for your next event or conference, get in touch with Champions Speakers. Call us on 0207 1010 553 or complete our online form for more information.