The Champions Speakers agency are excited to have secured the services of The Great British Bake Off judge - Prue Leith as the guest speaker for the East Kent Federation Women's Institute annual lunch on Wednesday 27th March 2019 at the prestigious Leas Cliff Hall, Folkestone. 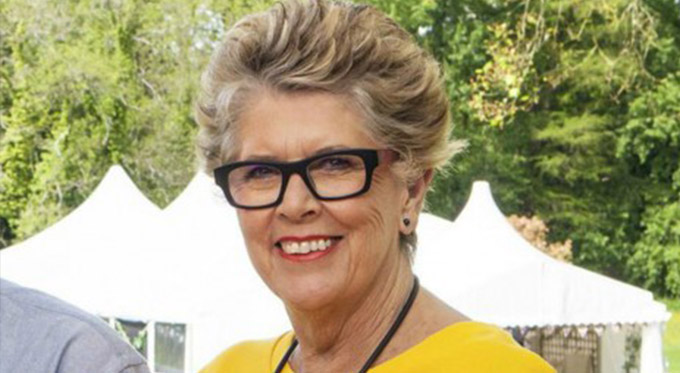 Having imposed herself on the world of business, television, journalism and cookery, together with the federation, we decided there was nobody better placed than Prue to share her experiences at the event.

Major publications and television channels began to pay closer attention to Prue's achievements and this paved the way for her work as a food columnist for the likes of The Guardian and Daily Mail, as well as presenting roles on Channel 4's Take Six and the BBC's The Best of British.

Prue has held positions as a non-executive director at Safeway, British Rail, Halifax and Whitbread plc and won the Veuve Cliquot Business Woman of the Year Award in 1990. Prue was appointed Commander of the Order of the British Empire (CBE) in the 2010 Birthday Honours and she was made Chancellor of Queen Margaret University, Edinburgh in 2017.

Due to her previous experiences and her role on one of Britain's best-loved talent contests, Prue has become an influential media personality. Her wide-range of experiences, as well as her renown by people of all ages marked her out as the ideal candidate for speaking at the annual lunch.

Owing to her diverse and admirable achievements, Prue is the perfect inspirational speaker to deliver a passionate, authoritative and entertaining speech at the West Kent Federation WI Event.

The management team at the Champions Speakers agency are experts at pairing brands with the services of high-profile celebrities and speakers for corporate engagements. You can book from our range of celebrity chefs today!