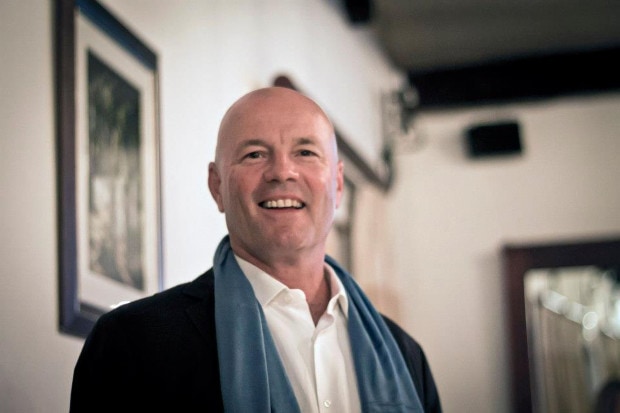 Three years ago, Brett Archibald was just a normal businessman heading off on a surfing holiday with eight of his school friends to celebrate one of the group turning 50. The friends had chartered a boat and set sail into the Indian Ocean at 9pm, but after more than 50 hours of travelling to get to their destination, the group were tired and struck by food poisoning and illness.

After just over five hours at sea, Brett went on deck to get some fresh air, but after being overcome by illness and vomiting violently, he passed out and fell overboard. As the boat and his friends sailed off, oblivious to his predicament, Brett was left stranded and his battle for survival in stormy seas wearing just shorts and a t-shirt began.

A determination to live and be with his wife and two young children back home was the key attribute in Brett surviving this terrifying ordeal. He stated that he heard his wife screaming ‘Swim, yer buggar, swim!’ in his head which made him fight to stay afloat despite the choppy waters, tiredness and dehydration that kicked in as time went on.

It was six hours before his friends realised that Brett was missing, yet despite the Indonesian captain’s reluctance to turn round and search for him, the friends persuaded him and calculated a rough area to search in based on the currents at the time. The were joined by another boat in the area, carrying a group of Australians who were also celebrating a 50th birthday on board.

As Brett dealt with cramp, jellyfish stings, the visit of a blacktip reef shark and an attack from seagulls who attempted to peck out his eyes as he slept, both vessels searched the ocean and, at one stage, Brett’s friends came within just 150m but despite his screams failed to spot him.

With time ticking on, it was an incredible 28 hours of keeping his head above water before Brett was finally rescued by the group of Australians. He spotted an island in the distance and used all of his remaining energy to swim in the right direction before he was spotted and dragged aboard.

In a truly inspirational story of surviving against the odds, Brett has released a book about his 28 hours in the open ocean and has become a motivational speaker; enthralling audiences across the world of his survival story and how he overcame all the physical and mental hurdles thrown at him.

If you would like to book motivational speaker Brett Archibald and hear more about his incredible story, you can do so with Champions Speakers. Simply get in touch with our friendly team today. More of Brett's story has been documented here, in an article published on The Times Online.